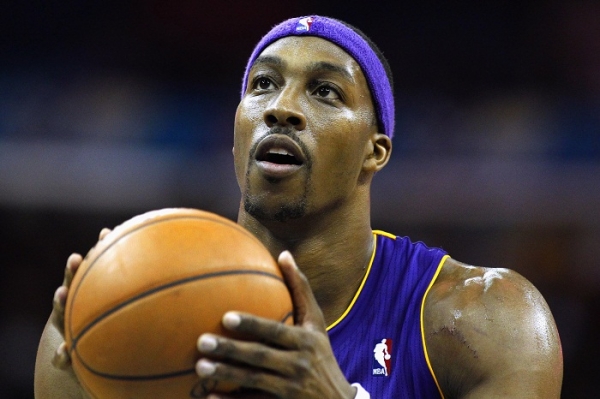 The non-official trading season begins in the NBA as teams get into full blown gearing up towards the end of the eliminations in preparation for the next season. With multiple names rumored to be in the trading block, some off injuries and some summer acquisitions, there is no bigger name than Dwight Howard who is said to be on the move.

The pro league is still a business venture at the end of the day, and team owners are looking for wins and championships more than ever. Howard is the first person who can attest to that as the 30-year-old pro baller has been traded by the Orlando Magic after serving as the team’s premiere player from 2004 to 2012.

He was shipped to the Los Angeles Lakers where he only played for a season. Now, after almost two years with the Houston Rockets, “Superman” is purportedly looking for another team again. Before the season even began, Howard has already missed six of the Rockets’ pre-season outing because of a recurring back injury. Despite this, the team’s head coach still had high hopes that the eight-time NBA All Star will be able to deliver this season.

Last season had the same tone in the player’s game as he was only able to play 41 games because of an assortment of injuries. Fortunately, Howard and the Rockets were able to pull off an upset against the Los Angeles Clippers during the playoffs.

The possible trade scenario will supposedly involve the basketball organizations of the New Orleans Pelicans, New York Knicks, and Houston Rockets with Howard at the forefront in a three-way deal.

Another recent rumor about Howard’s next destination is the Miami Heat. In a report by Hints News Network, the 6’11” center, who has been plagued with news of his unhappiness with his current team might be looking on going down south despite the Heat having a solid center in Hassan Whiteside. Then again, this is the NBA, and everything can happen in a blink of an eye.