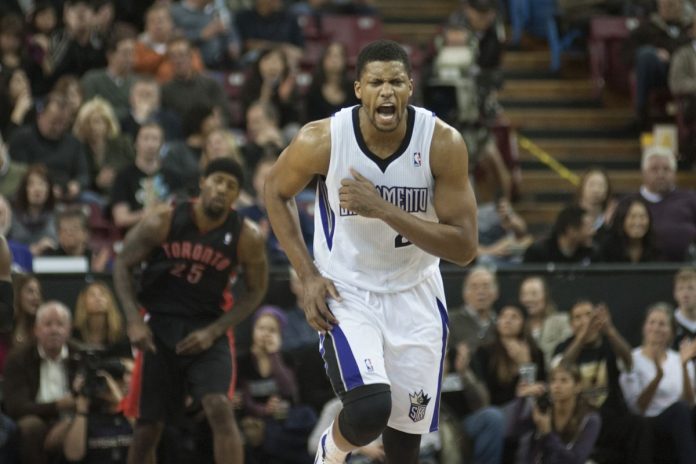 Sacramento Kings forward Rudy Gay has long been rumored to be available for other National Basketball Association (NBA) teams to acquire this offseason period, with the Miami Heat allegedly being on top of the list. Will the athlete really make the switch from Sacramento to South Beach?

In a report by Barry Jackson of the Miami Herald, it was mentioned that as per an “associate” that has remained anonymous, the Heat is the team that appeals the most to Gay, who is allegedly considering making the move to a new team for the upcoming NBA season. However, the report claimed that the Heat actually “lacks the tradable assets” in order to afford the acquisition of Gay for the 20172018 season.

The cause of the rumored shake-up in the team of the Kings forward remains to be unknown, but one of the most pointed out reasons is the player’s dismay with his current team. In fact, it was reported last month that Gay had reached out to Vlade Divac, the vice president of basketball operations and general manager of the Kings. Based on what Gay has revealed, it seemed like they had agreed to work out whatever issue it was that had arisen between the athlete and his team.

“I have talked to Vlade,” Gay said, in an interview with ABC10 while at his Nike Skills Academy at Hardwood Palace in Rocklin, California last July. “I can’t say since Monday stuff has changed, but I just feel like we have a little bit of time to start changing things.”

“There’s been things before that I’ve been unhappy about that I haven’t been vocal about, so I can’t see it on my side, but I do feel as though if there’s nothing going to be happening, then they should vocalize that.”

Gay said that at this point in his career, all he wants is to be happy, and that was what he and Divac had decided to work on following their meeting.

'The Last of Us 2' release news: Sequel game rumored to...

Once upon a Time season 5 spoilers: who has the Dark...