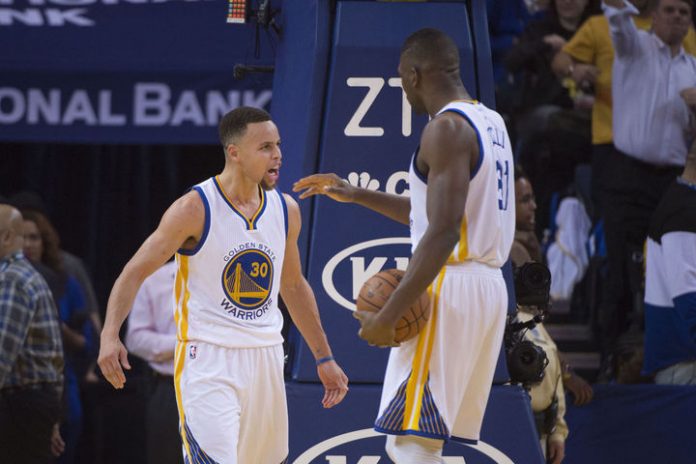 Reigning NBA Most Valuable Player Stephen Curry sat out the Golden State Warriors’ Tuesday game against the Atlanta Hawks due to an injury.

In a tweet posted by the Golden State Warriors’ official Twitter account, Curry, along with wingman Andre Iguodala, were both sidelined in the said game. Curry was out due to an ankle injury, while Iguodala was out because of some tightness in his left hamstring.

The Warriors went on to win against the Hawks with a score of 109-105.

According to a report by Liam Boylan-Pett for SBNation.com, Curry’s injury happened during the Warriors’ Saturday game against the Oklahoma City Thunder, where he twisted his ankle because of an awkward landing.

Curry scored a scorching 46 points in the said game and even scored the game-winning shot for the Warriors in overtime. Golden State won with a score of 121-118.

For the current season, Curry is looking to put on another memorable year, playing in a total of 56 games so far and averaging 30.7 points, 5.3 rebounds, 6.6 assists, and 2.1 steals, through 33.9 minutes of playing time per game.

The defending champions are still the league-leaders in terms of overall record, holding a win-loss slate of 54-5. They are slated to face the Oklahoma City Thunder once again, on Thursday night, March 3, at home.

Meanwhile, Memphis Grizzlies big man Brandan Wright is expected to be out indefinitely due to an MCL sprain.

According to a report by ESPN, the 28-year-old professional basketball player injured the same knee that had been operated on last December. The report adds, however, that he will not be needing surgery this time around.

The new injury happened during the Grizzlies’ game against the Phoenix Suns on Saturday, at the 11:05 mark of the third period. Memphis lost a five-point game to the Suns with a score of 111-106.

For the current season, Wright has played in 12 games so far and is averaging 6.9 points, 3.6 rebounds and 1.3 blocks, through 17.7 minutes of playing time per game.