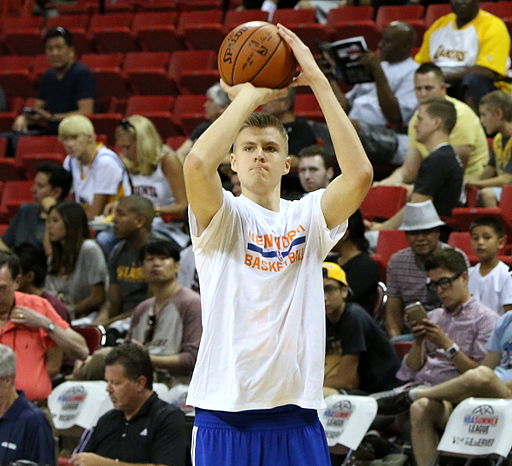 In a series of tweets by Laura Albanese for Newsday.com, it was revealed that the 20-year-old Latvian professional basketball player injured his leg during the Knicks vs. Celtics game on March 4th, where Boston ended up victorious with a final tally of 105-104.

In another update by Albanese, Knicks’ team management confirmed through a series of X-rays that the contusions on Porzingis’ leg turned out to be negative.

According to a report by Joe Flynn for SBNation.com’s “Posting and Toasting,” the said game against the Pistons is only the second game Porzingis missed in the season. 24-year-old Derrick Williams, meanwhile, was tapped to serve as Porizingis’ replacement in the starting line-up.

For the current season alone, Porzingis has played in 62 games so far and is averaging 14 points, 7.3 rebounds and 1.9 blocks through 28.0 minutes of playing time per game.

In the said game against the Pistons, New York emerged victorious with a final tally of 102-89.

Meanwhile, shooting guard Eric Gordon is believed to have suffered another injury that could potentially end his career with the New Orleans Pelicans.

In a report by Oleh Kosel for SBNation.com’s “the Bird Writes,” the 27-year-old professional basketball player hurt the ring finger of his shooting hand during the Pelicans’ game against the Utah Jazz on Saturday evening. It is the same finger he broke in January, which caused him to be sidelined for four weeks.

The report adds that Gordon is currently on the final season of his contract with the Pelicans and to make matters worse for him, many believe that New Orleans has no further intention of re-signing him.

For the current season alone, Gordon has played in 45 games and is averaging 15.2 points, 2.2 rebounds and 2.7 assists through 32.9 minutes of playing time per game.