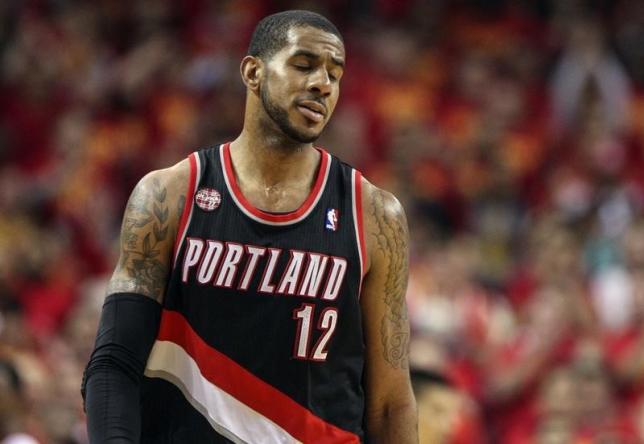 NBA free agency has already commenced making an eventful summer for basketball enthusiasts. With few of the big names still available on the open market, predictions float around the internet with some rumors making their way on top of fans’ list.

When it comes to chasing LaMarcus Aldridge, San Antonio Spurs seemingly making sure that they are the frontrunner. However, according to Yahoo Sports’ Adrian Wojnarowski, Phoenix Suns are also on the race.

Taking the news to Twitter, he said that, “Sources: Suns have legitimately closed the gap in pursuit of LaMarcus Aldridge. Tyson Chandler, perimeter talent. They’re a real factor.”

No official statement has been released by Aldridge and Sam Anick of the news outlet USA Today, said that the player is taking his time before making his final decision, “LaMarcus Aldridge is unlikely to make a decision by tonight, I’m told, as he wants to hear what the Knicks have to say in meeting tomorrow,” he posted on his account.

Moreover, some reports claim that teams which are missing out on Aldridge will possibly be looking at Robin Lopez who remains as one of the few quality centers and unrestricted free agents.

Although Lopez reportedly already met up and talked to Milwaukee Bucks and New York Knicks for a starting center position, Los Angeles Lakers, Dallas Mavericks and Los Angeles Clippers may also be in competition to get him.

It remains to be seen though on which team he will opt-in, as it is said that DeAndre Jordan’s pick may impact the teams chasing Lopez.

Jared Zwerling of Bleacher Report deems that if Jordan returns to Clippers, Lopez may land on Mavericks. However, if Jordan choose Mavericks instead, Clippers cannot take Lopez due to constraints of the salary cap. If they indeed offer him something, the deal will be at a minimum level for veterans.

Since Bucks have players who are not guaranteed to be part of the team next summer, there’s a good chance it’s where Lopez will sign-in.