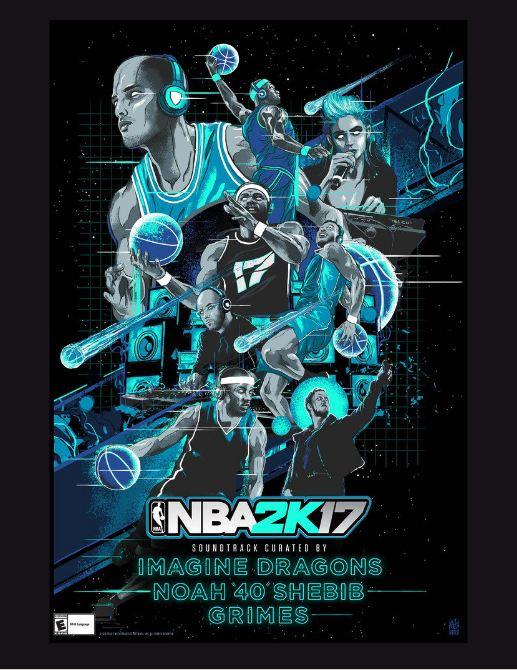 2K Sports, game developer for the hit sports game series “NBA 2K,” recently revealed the official soundtrack for the highly anticipated new installment in the franchise, “NBA 2K17.” The soundtrack is composed of 50 different songs and all tracks are now available to listen to over at music streaming service Spotify.

The official soundtrack for “NBA 2K17,” like other previous soundtrack albums in the game series, features a different set of curators. The album was put together by rock band Imagine Dragons, record producer Noah “40” Shebib, and singer Grimes. In the past soundtracks, the likes of LeBron James and Pharrell Williams have served as curators.

As mentioned earlier, there are 50 tracks in the album and these are the same songs that gamers would be hearing while playing the upcoming “NBA 2K17.” The track list includes “Pop Style” by Drake, “Heart of the City (Ain’t No Love)” by Jay-Z, “Rosa Parks” by OutKast, and Imagine Dragons with their song titled “Friction.”

The full list of songs and artists that participated in the making of this soundtrack can be found at PastaPadre. Moreover, users can now also stream the soundtrack through Spotify.

In other related news, the official soundtrack for another popular sports video game series from 2K Sports, “WWE 2K17,” was also official unveiled. The album is also available to stream and the tunes were curated by Sean Combs aka Puff Daddy.

“NBA 2K17” is set to be released for the PlayStation 4, the Xbox One, as well as for the PlayStation 3 and the Xbox 360, and also for PC, too. The game officially releases on Sept. 20. However, players who have pre-ordered the game would have the chance to play it earlier than the others, as they would be getting the game four days ahead of the official public launch.