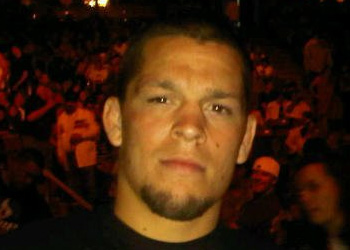 Former lightweight title contender Nate Diaz is currently on top of the world after experiencing his biggest and most career-defining victory after defeating Conor McGregor at UFC 196 on March 5th.

Diaz stepped in with only 11 days’ notice after lightweight champion Rafael dos Anjos, who was originally slated to face McGregor, was forced out of the bout due to a broken foot.

What made his victory more notable was that Diaz had no full camp coming into the bout and was coming off a vacation in Cabo, Mexico, where he was not training and eating healthy.

His grappling superiority, however, was what proved to be the main difference in the contest, as he was able to weather the storm of McGregor’s punches in the first round. Upon finding the perfect opportunity in the second round, Diaz was able to finish the fight via a rear-naked choke and pulled off the upset win.

Right after the fight, many shared their opinions, including pop star Justin Bieber. Instead, he was critical about Diaz’s performance in the night, describing it as a “terrible style”.

During his most recent appearance on Extra TV, the 30-year-old Stockton, California native once again responded to his detractors.

Diaz also noted that “real fighters and martial artists” knew that he was going to end up victorious.

The said fight was also Diaz’s biggest paycheck, receiving more than $500,000 in his post-fight bonuses and pay-per-view shares combined. UFC president Dana White jokingly predicted that given his newly acquired paycheck, he “may never see Diaz” again, alluding that the young fighter may opt for retirement.

Upon hearing the news, Diaz offered his own response.

“No, but that sounds interesting,” Diaz said. “I might do that.”