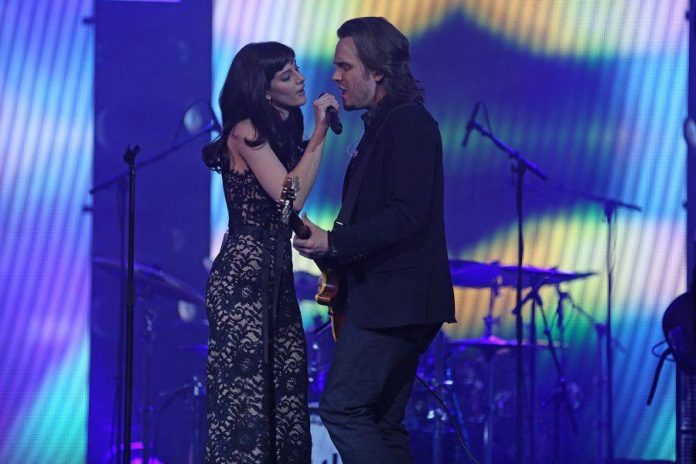 Titled “The Trouble with the Truth,” episode 18 will have the couple doing the best their can to have their daughter Maddie’s trust, who is determined to seek her independence legally through an emancipation battle in court. However, it seems like their efforts will be undermined by someone they thought was an ally.

Meanwhile, despite being back together only recently, Scarlett O’Connor (Clare Bowen) and Gunnar Scott (Sam Palladio) will have another disagreement concerning the history of their musical partnership during a press interview.

Elsewhere, Luke Wheeler (Will Chase) will try to do the right thing for an artist he admires, but it will end up backfiring. Country music star Kelsea Ballerini is also set to cameo in the installment as she performs “Peter Pan.”

The sneak peek teases that Frankie (Mark Collie) will get into a clash with his business partner Deacon. The former seems to escalate the whole thing as he tells a group of onlookers, “He tried to kill me!” The clip also reveals that Juliette Barnes (Hayden Panatierre) will grow suspicious of Layla’s (Aubrey Peeples) intention with Avery (Jonathan Jackson). However, it remains to be seen if anyone will believe her or believes her concern arises from jealousy.

In an interview with TV Line Jackson talks about the possibility of a reunion between Avery and Juliette. “Well, I’m sure [the show’s producers] wouldn’t want me to speak on the rest of the season, but that’s certainly the current dynamic with them. I don’t think he’s ever loved anyone as much as he loved her, so even though they’re not together at the moment, Avery deeply loves her,” he said.

“It’s just one of those things that no matter what happens, when they’re in the room together, they both feel that connection and it’s a really painful thing, but there are a lot of deep trust issues there. So he’s trying to get his life back together and move on, and yet he’s still constantly feeling that tension and that pull towards her,” Jackson added.