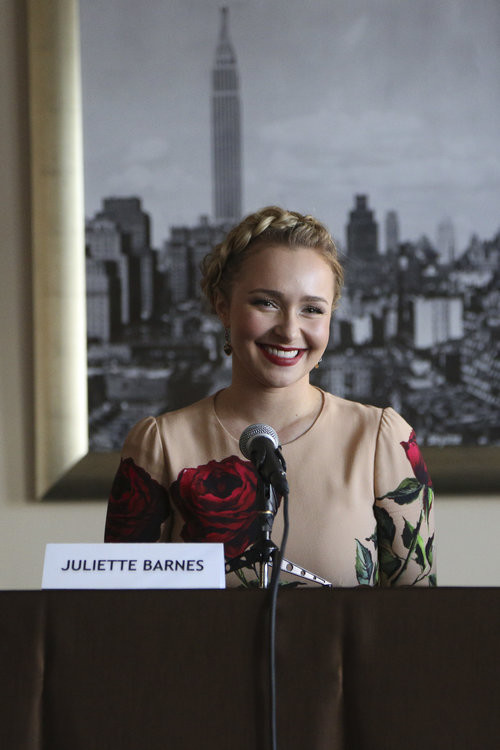 Viewers will see the return of Juliette Barnes (Hayden Panettiere) in the brand-new episode of ABC’s drama series “Nashville” season 4.

Titled “What I Cannot Change,” the synopsis for episode 14 reveals that Juliette will come back to town after receiving treatment for her postpartum depression and subsequent drug abuse. However, she will find herself at a critical crossroad upon her homecoming.

Meanwhile, Layla Grant (Aubrey Peeples) will be weeks away from launching her first album. She will court country-music superstar Autumn Chase (Alicia Witt) in order to secure an opening slot in her tour. Rayna James (Connie Britton) will also take up a worthy cause as she shepherds Layla. Elsewhere, Will Lexington (Chris Carmack) will decide to produce his own record, while Colt Wheeler (Keean Johnson) will present Luke Wheeler (Will Chase) a difficult proposition.

In the sneak peek released by the network, Juliette finds herself face-to-face with Patrick Miller (Shane McRae) on the day of her arrival. “Hello Patrick, are you lurking outside of my house?” she said. “You called and said you were coming home, I just wanted to welcome you back,” he replied before handing her a bouquet of flowers.

“Look, I hired you to help spin my absence in the press. Now that I am back and everything’s fine, I don’t need your help anymore.” she stated. He then explained that it might not be the case as he was fielding for Spielberg’s new film, to which Juliette replied, “And I told you to tell everybody I was not working.” He then offered her the position in the movie and explained that she will receive a big salary and will film in Prague.

“Wow it sounds incredible… no, I can’t do it. I need to focus on getting back to my regular life,” she answered. “This is your regular life. You’re Juliette Barnes,” Patrick pointed out.