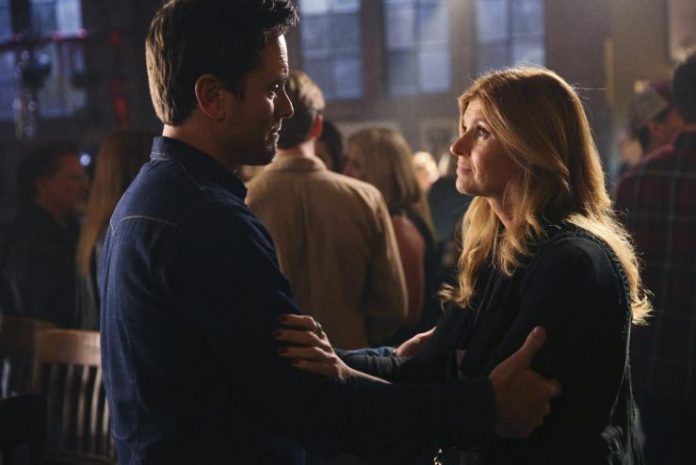 Six episodes into the ABC series “Nashville,” the drama is already high in Music City, with things falling apart in the last episode titled “Please Help Me, I’m Fallin’.” This episode’s close saw Jeff (Oliver Hudson) trying to save Juliette (Hayden Panettiere) as she tried to kill herself, but only succeeding in hurling himself off the ledge from the momentum.

Episode 7, “Can’t Get Used to Losing You,” is directed by Eric Close and written by Dana Greenblatt and airs on Nov. 11. In this upcoming story, Rayna (Connie Britton) mulls over Deacon’s (Charles Esten) latest venture, becoming part owner of a bar as this would bring him once more into the company of recovering alcoholic Frankie (Mark Collie), who owns the bar in question. She most likely is thinking of how this situation may take a toll on Deacon, considering he is a recovering alcoholic himself. But that is something the two of them have to work out.

In the same episode, Juliette keeps spinning her web of lies. For instance, she denies being on the ledge when Jeff plummetted to his death. However, Colt (Keean Johnson) had witnessed the scene and knows she is lying.

Scarlett (Clare Bowen) and Gunnar (Sam Palladio) prepare for their tour with some issues arising. In the meantime, Erin (Scout Taylor-Compton) considers making her relationship with Gunnar clear.

Ron Underwood directs episode 8, “Unguarded Moments,” with Paul Keables as writer. In this eighth show for the season, Rayna gets distracted from work by her family life. She turns down a solo artist offer for Maddie. In the meantime, Erin, Gunnar’s girlfriend, makes trouble for Scarlett. Avery, on the other hand, gets desperate for money and churns out inferior songs while Luke’s relationship with Colt suffers setbacks. This episode will be shown on Nov. 18.

As Rayna realizes that her passion for the music business is inadequate to compete with rising new talents, season 4 forges on with the final episodes. The ninth airs Dec. 2 while the 10th and last episode for this season, “We’ve Got Nothing but Love to Prove,” directed by Arlene Sanford and written by Debra Fodham, will be shown on Dec. 9.

'Chicago P.D.' season 4 spoilers: Burgess will look for a new...