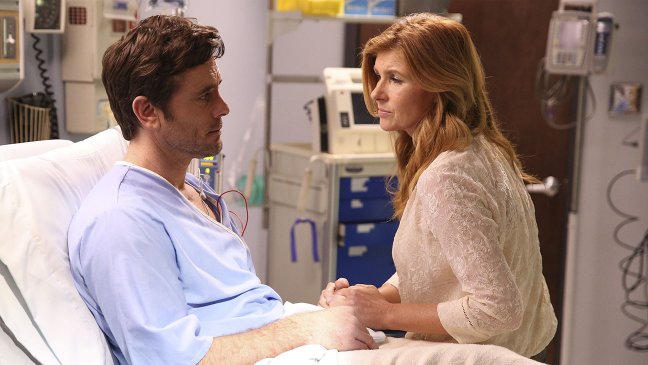 ABC has announced recently that its hit country music drama series, “Nashville” will be coming back for its fourth season on September 23.

Viewers have been intrigued by some cliffhangers left by Season three finale episode, “Before You Go Make Sure You Know,” one of which involved siblings Deacon and Beverly who were undergoing liver transplant operation. Fans of the show were left to wonder who between the two characters flatlined.

In the same episode, Teddy was handcuffed and arrested for corruption and Avery left Juliette and took the baby instead, after she signed with Luke and Jeff to start her career. On a romantic note, Scarlett and Gunner have some developments in their relationship while Will has come out publicly about his love for Kevin.

TV Line has exclusively learned that actor Eric Close who plays the politician Teddy will not reprise his role for creative reasons. Reportedly, the show will focus more on the music business, veering away from politics. However since his character has strong ties with ex-wife Rayna and their two children, Close might appear as guest star in some episodes.

Meanwhile, ABC reportedly has no official plans to cast actor Kyle Dean Massey, who portrays Kevin, as a series regular. However, executive producer Dee Johnson has mentioned in an interview that even though Massey might not be a regular, he is certain to appear in the upcoming season.

“Who knows, in terms of regulars or not? But I do think he did a really great job. They really clicked together. He’s definitely in my mind certainly going to be a presence,” she said.

Johnson also revealed that she actually wanted to get the wedding done between Deacon and Rayna who were last seen in Season three to exchange heartfelt vows before Deacon’s surgery.

“It would be nice to see a real wedding at some point if certain scenarios came true. But I’ll be honest: It was something I wanted to do. I wanted them to get a chaplain and get it done… on one hand, it’s a cold, horrible situation. But on the other hand, it couldn’t be more amped-up and romantic in that way. All that said, they basically in spirit got married in the room, and that’s what we wanted to have happen,” she added.

'Gotham' season 3 spoilers: a couple of villains to be introduced