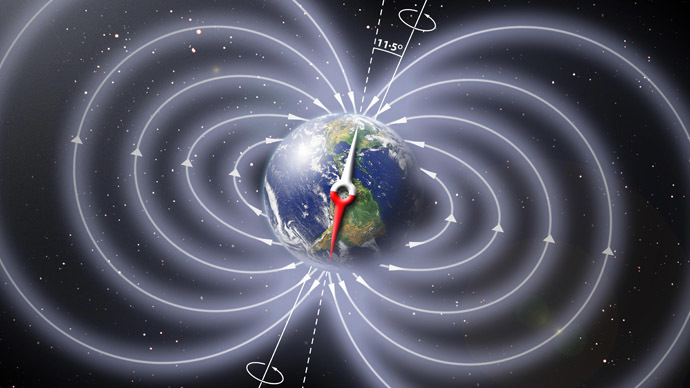 NASA has found evidence that the Earth’s magnetic fields have weakened significantly in the past 160 years and this could cause a magnetic pole shift that could cause catastrophic effects on humanity.

According to a report by The Inquisitr, the weakening of the magnetic fields was prompted by a gradual reverse re-alignment of iron atoms in the Earth’s liquid outer core. Researchers at NASA’s Mars Atmosphere and Volatile Evolution (MAVEN) have indicated that the magnetic flip could happen in as early as 100 years and as long as 1,000 years.

Should this phenomenon happen, compasses pointing to the north could flip to the south but more than this, magnetic flips are feared because it was reportedly the cause of mass extinctions in the past.

According to the report, the Earth will be rendered defenseless against direct exposure to solar radiation, solar flares and coronal mass ejections (CMEs) as magnetic fields act as the planet’s shield against these.

Experts say the effects could last or as long as 200 years if this occurs leading to a rise in the number of skin cancer sufferers, as well as the gradual breakdown of power and communication systems.

“When the polar shift happens, the Earth will have no magnetic field for about 200 years,” NASA MAVEN’s principal investigator Bruce Jakosky said.

However, Niemegk Geomagnetic Observatory at GFZ Potsdam’s Monika Korte explained that the magnetic flip is a gradual process.

“It’s not a sudden flip, but a slow process, during which the field strength becomes weak, very probably the field becomes more complex and might show more than two poles for a while, and then builds up in strength and [aligns] in the opposite direction.”

According to scientists, this will not be the first time the Earth will experience a magnetic flip as it happened around 780,000 years ago and again during the Ice Age some 41,000 years ago. The Express UK reported.