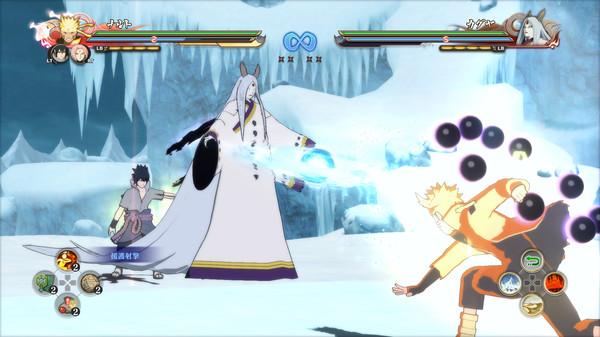 Fans of the upcoming fighting game “Naruto Shippuden: Ultimate Ninja Storm 4,” may be delighted to find out that the first downloadable content pack will feature not only the new generation characters but also the older version of the fan-favorite ones.

As revealed by a scanned image of the latest Weekly Shonen Jump magazine issue, the adult version of the Seventh Hokage Naruto Uzumaki and Sasuke Uchiha will be in the DLC. Fans may remember seeing their grown-up versions in “Boruto: Naruto the Movie” which came out in Japan back in August 2015.

The scan also suggested that Naruto and Sasuke’s children Boruto and Sarada, respectively, will appear along with their fathers. However, the team-up can only be attained by those who will pre-order a copy. Bandai Namco has yet to mention a possible alternative on how players can get the characters when they avail of the regular purchase.

Aside from Naruto, Sasuke, Boruto, and Sarada, those who will pre-order can also get their hands on the costumes of Hinata, Sakura, Naruto, Sasuke, and Hokage Kakashi based on “The Last: Naruto the Movie.”

Meanwhile, developer CyberConnect 2 has unveiled a brand-new behind-the-scenes footage of the creation process. The video titled “The Secret World of CyberConnect 2” featured president Hiroshi Matsuyama as well as few members of the team behind the game.

“Naruto Shippuden: Ultimate Ninja Storm 4” is slated to hit the market on Feb. 4 in Japan, to be followed by Europe on Feb. 5 and by North America on Feb. 9.

'Married at First Sight' season 3 updates: Did Vanessa and Tres...