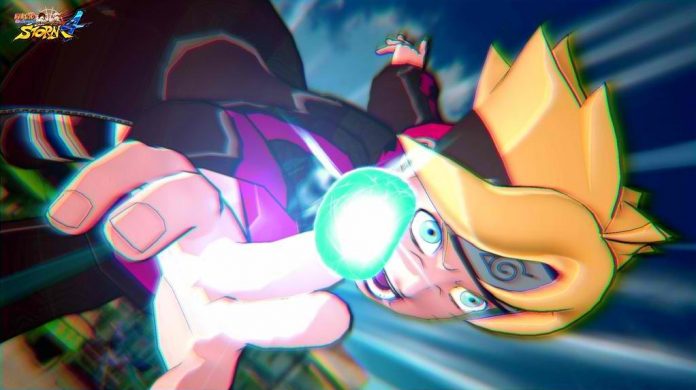 New screenshots are available for Naruto Shippuden Ultimate Ninja Storm 4, and it features the new generation of the Hidden Leaf ShinobiBoruto Uzumaki and Uchiha Sarada!

As reported by Geek Snack, Boruto and Sarada are shown in the new screenshot doing their most powerful jutsu in the gametheir Ultimate Jutsu.

A magazine scan from a V-Jump issue, courtesy of Saiyan Island, also showed both Boruto and Sarada in action, performing several of their jutsus. Sarada uses her chakra to enhance her strength far beyond her normal capabilities, just like her mother Sakura. Boruto, meanwhile has his own jutsu, a variation of the signature jutsu of his fatherhis very own Vanishing Rasengan!

Additionally, BANDAI NAMCO Entertainment, in partnership with TSUME-Art, also revealed the latest set of Ultra Collector Figurines. Sasuke Uchiha 1/6th Scale Figure and Naruto Uzumaki 1/6th Scale figure are now available for pre-order for 399 each. Better be quick, though, for there will only be 500 pieces of each figure available!

The fifth and latest trailer for the game showed Boruto and Sarada in action, as well as THE LAST Naruto, and others.

Naruto Shippuden Ultimate Ninja STORM 4 will be available for the PS4, Xbox One and PC on September 2.

‘Pokemon Gold and Silver’ to get boxed 3DS release in Europe...

Samsung Galaxy A8 release date is July 24 for Korea, to...