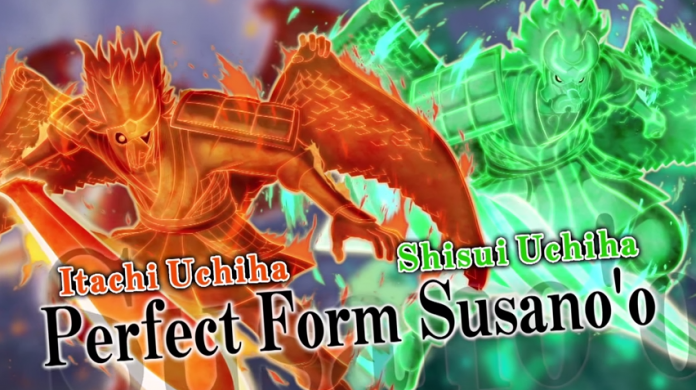 A new cinematic trailer for the upcoming Naruto Shippudden: Ultimate Ninja Storm 4 was shown on the recently held New York Comic-Con, and it showed the story behind the young Obito Uchiha, who would eventually become Madara Uchiha himself, now a twisted Shinobi with the sinister plan of making his own ideal world, becoming one of the biggest threats ever posed against the Hidden Leaf Villageand the entire world.

As reported by Gematsu, the new trailer features fight scenes involving Sasuke and Naruto, Obito and Kakashi, in their various battle forms. It features a short take on Obito’s journey from childhood to his supposed death, then his reemergence as the eventual leader of the Akatsuki, and later on his change of heart back to the side of the good.

The highlight of the trailer was the showcasing of the Perfect Form Susano’o, the form that was specifically designed by none other than series creator Masashi Kishimoto himself. The form is showing used by Sasuke Uchiha and Shisui Uchiha.

Additionally, BANDAI NAMCO Entertainment, in partnership with TSUME-Art, also revealed the latest set of Ultra Collector Figurines. Sasuke Uchiha 1/6th Scale Figure and Naruto Uzumaki 1/6th Scale figure are now available for pre-order for 399 each. Better be quick, though, for there will only be 500 pieces of each figure available!

Naruto Shippuden Ultimate Ninja STORM 4 will be available for the PS4, Xbox One and PC on February 4, 2016 in the Japanese market, and February 9 for the rest of the world.