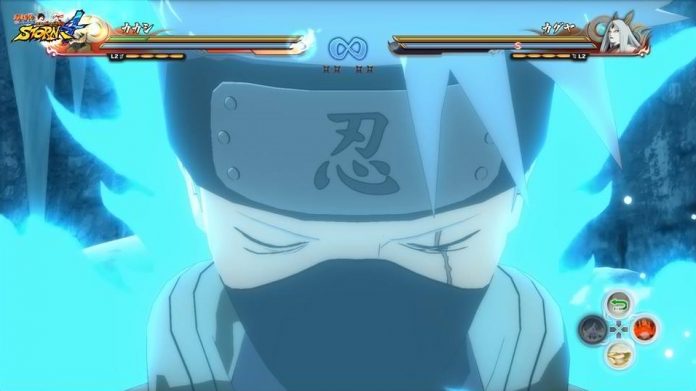 Lay waste in Naruto Shippuden Ultimate Ninja Storm 4 as Kakashi Hatake, as the character’s ultimate form, Susanoo Kakashi, will be coming to the game. Just recently, screenshots of Kakashi in action on his ultimate form was released.

As reported by Geek Snack, the new screenshots for Naruto Shippuden Ultimate Ninja Storm 4 shows Kakashi using his ultimate form to battle it out with Kaguya Otsutsuki. Kakashi gained Susanoo and double Sharingan after Obito Uchiha lent his eyes to him, giving him powers on both of his eyes.

In other news, a magazine scan from a V-Jump issue, courtesy of Saiyan Island, also showed both Boruto and Sarada in action, performing several of their jutsus. Sarada uses her chakra to enhance her strength far beyond her normal capabilities, just like her mother Sakura. Boruto, meanwhile has his own jutsu, a variation of the signature jutsu of his fatherhis very own Vanishing Rasengan!

Naruto Shippuden Ultimate Ninja STORM 4 will be the final game in the STORM series, and will be available for the PS4, Xbox One and PC on February 4 for the Japanese market, February 9 for the North American region, and February 5 for the European region. The game is set to be the “most realistic” Naruto Shippuden game ever, with 1080p resolution support.