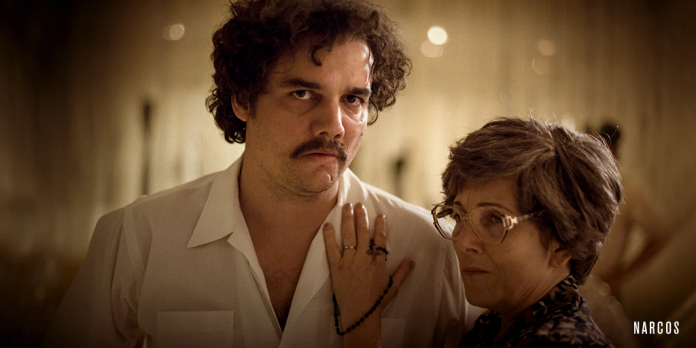 Since the announcement from Netflix that they are renewing their hit drama thriller series “Narcos” for season 2, the production and creative teams are keeping mum about the highly anticipated release of the follow-up.

The show, which centers on the true-to-life story of the Colombian cocaine kingpin Pablo Escobar (Wagner Moura) and growth and spread of drug cartels across the globe, is expected to have the narrative possibly showing the death of the main character.

According to reports, producer Eric Newman apparently stated, “Trust me, if we could find a way to keep him alive and keep Wagner on the show. He will die.”

“The design of the show is we told 15 years of history in season one. At the point of Escobar’s escape which is the summer of 1992, Escobar has 18 months to live,” Newman further explained.

However, he shared that they can also explore other elements as the circulation of drugs did not stop after Escobar’s death. He used the popular show “Homeland” as an example on how the plot can continue despite the demise of the lead character. “There are any number of things that can happen after. We have not committed to one or the other. Obviously, there are a lot of other stories in this world that continue on beyond him,” he added.

Meanwhile, executive producers Chris Brancato, Carlo Bernard, and Doug Miro have also been silent about the possible schedule of the premiere of the new installment. There are speculations that it may be delayed as director Jose Padilha, who replaced Adam Fierro as the showrunner, is taking on a new project with the streaming giant.

Deadline shared that the yet to be titled original freshman show will begin filming in Brazil this year and will be based on the country’s recent corruption investigation dubbed “Operation Car Wash” also known as “Operao Lava Jato.”

“This project will follow the judicial investigators in their journey to unveil the largest corruption scheme that Brazil has ever witnessed. It was fundamental for the series to be produced in an impartial way, and I have no doubt that Netflix is the best partner for the project,” Padilha teased.

More information regarding “Narcos” season 2 is expected to be revealed in the following months.