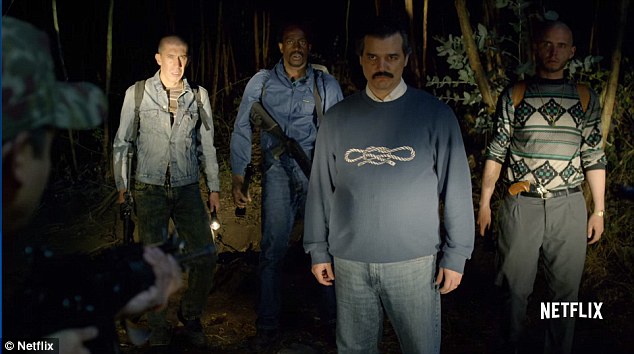 Pablo dies. From the get-go, “Narcos” did not mask its second season as anything else. If not, the Netflix show has even been forthcoming that Wagner Moura’s character, the infamous Pablo Escobar, will meet his end sometime in the show’s sophomore run. And while some may be wondering about what else the show can offer now that its biggest crowd-puller’s demise is a foregone conclusion, it actually banks on the other things that play around how the drug kingpin will actually die.

There is actually a plethora of other plot drivers that “Narcos” season 2 will be tapping into. As evidenced by their latest teaser, the somewhat biopic asks the question “Who Killed Pablo?” Interestingly, a google search may be able to tell everyone who actually took down the Colombian trafficker but while there have been notable names that have popped up, it is no secret that it was the result of the whole covert affairs the accumulation of years and years of hard work from different people. On top of that, just because there is a more prominent story regarding his death in history books does not mean that there were no other factors that came to play during his imminent end.

During the show’s premiere event, The Hollywood Reporter caught up with executive producer Eric Newman who admitted that the show might be a more difficult sell given that they have confirmed Escobar’s death.

“I remember the ‘Titanic’ argument: Who’s going to see a movie where everyone knows the ending?” he said. “The decision to be able to actually invest time spent with Pablo Escobar knowing that the end is near will allow people to experience it in a different way.”

If anything, Escobar’s death has even become the series’ main marketing strategy which in turn has people asking other questions. At this point, it is more of the journey instead of the destination.

“We told them how it actually happened. There’s some artistic license, but the timeline is accurate. The search is going to be very, very complex. It’s going to be exciting. And there’s going to be stuff out there that’s never been told,” former DEA agent Javier Pena, who was one of the agents who nabbed Escobar and is being portrayed in the show by Pedro Pascal, teased.

Aside from seeing the story from the pursuers’ points of view, Escobar’s side of things will also be explored adding a new dimension to the game of cat and mouse. The drug lord was never known to have just given up on his life so it is safe to say that he had a good run before everything caught up with him. How he was able to elude everyone who was trying to catch him from the Cali Cartel to the Search Bloc will be an interesting sight to watch. Moura has previously shared that a different side of his character will be unveiled in his upcoming and last stint as the Medellin Cartel founder.

Promising nothing but a better season, “Narcos” season 2 will be available on Netflix on Sept. 2.