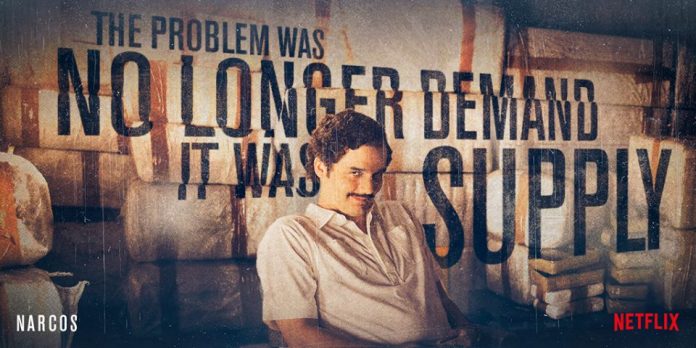 With his imminent departure from “Narcos” by the end of the upcoming season, lead star Wagner Moura shares what will be his takeaway from playing the infamous Pablo Escobar.

The actor immersed himself in the Netflix show which depicted the rise and fall of the drug kingpin. But while Escobar is an interesting subject to watch in a series, evident from the high viewership of “Narcos,” Moura was asked whether he is afraid to be stereotyped in the roles that are similar to what he has in “Narcos.” However, it seems like more than worrying about where his career goes after his stint in the cartel-themed show, Moura is concerned about the personal residue that may be left in his system after playing a ruthless criminal.

“Painters paint their thing, and it’s outside of their bodies. Musicians, they do it, and it’s outside of them. Our thing is here (points to himself). So our bodies, they have memory of what you are doing and the body doesn’t know you’re acting. You do an emotional scene and then you go, ‘I’m going to have a coffee,’ and your hand is like this (shaking),” the 39-year-old thespian recounted while on The Hollywood Reporter’s actor roundtable.

It is no secret that Moura was so bent in nailing the character which posed a lot of challenges at first. Coming from Brazilian descent, he originally did not speak a word of Spanish. At some point, he even admitted that casting him was a bad idea. But instead of stepping away from the challenge, he went and enrolled himself in a school in Colombia to learn Spanish, which is the official language of the series. His hard work eventually paid off not just with how “Narcos” was catapulted into Netflix’s slew of successful shows, but he was also one of this year’s Golden Globe nominees for his portrayal of the El Padrino.

Despite his impressive commitment to his work, there is no way of getting around the death of Escobar, which is also to the dismay of the people behind the series. “Trust me, if we could find a way to keep him alive and keep Wagner on the show…” executive producer Eric Newman has adamantly stated. Unfortunately, his death cannot be avoided.

After Moura’s stint in “Narcos,” the show is planning to tackle other illegal drug-related stories. Newman has previously teased about possible narratives that the show can tackle moving forward.

Netflix has yet to announce the premiere date for season 2 of “Narcos.” However, rumors are pointing to a probable Aug. 26 release.