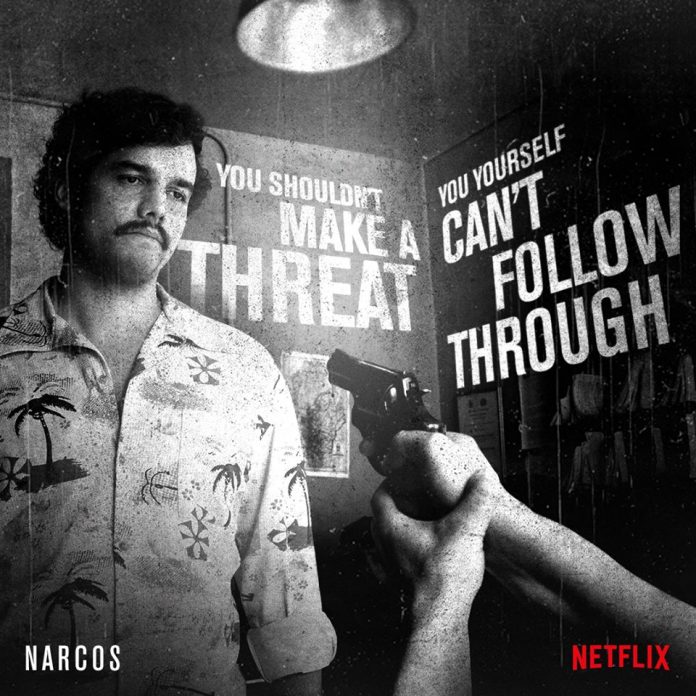 Wagner Moura may be already scheduled to leave “Narcos” by the end of season 2, but with a full installment ahead of him, the acclaimed actor is still relishing his time playing notorious drug lord Pablo Escobar on-screen.

Different from how other actors exit shows, especially with a successful one like “Narcos,” Moura’s imminent departure is not rooted in any internal drama. Instead, the decision is entirely based on historical facts that will have to see Escobar die in the upcoming season of the aforementioned show. Nevertheless, the 39-year-old thespian is extremely happy with the experience he had with the crime thriller series.

“‘Narcos’ was a very different experience because we all moved to Bogota and didn’t know exactly what we were doing in the first season,” Moura shared among other notable actors who participated in The Hollywood Reporter’s most recent round table conversation. “And now, production-, script- and character-wise, we’re more prepared. But it was the craziest thing I’ve ever done.”

Interestingly, “Narcos” which is mainly set in Colombia has three pivotal Brazilian workers under its production. This includes co-writer Jose Padilha, show composer Pedro Bromfman and Moura. This makes things more complicated as the entire show is in Spanish with English subtitles, thus prompting Moura to learn the needed language.

“I wasn’t the obvious choice to play this character. I didn’t speak Spanish. I’m Brazilian, so I had to learn the language, and I moved to Colombia before everyone else,” he explained.

While he admitted that trying to accurately portray the infamous drug kingpin for the Netflix series posed a lot of challenges, Moura seemed to have done fine. In fact, he is leaving the show with a Golden Globe nomination under his belt.

Furthermore, “Narcos” has also gained a cult following, making its second season much anticipated. And despite some internal hurdles, like the sudden exit of showrunner Adam Fierro, the production strived. As of now, principal photography for season 2 has already wrapped up  including Escobar’s very detailed last ditch effort to elope authorities which led to his death.

Netflix has yet to announce the premiere date for season 2 of “Narcos.” However, fans can expect it sometime in August.