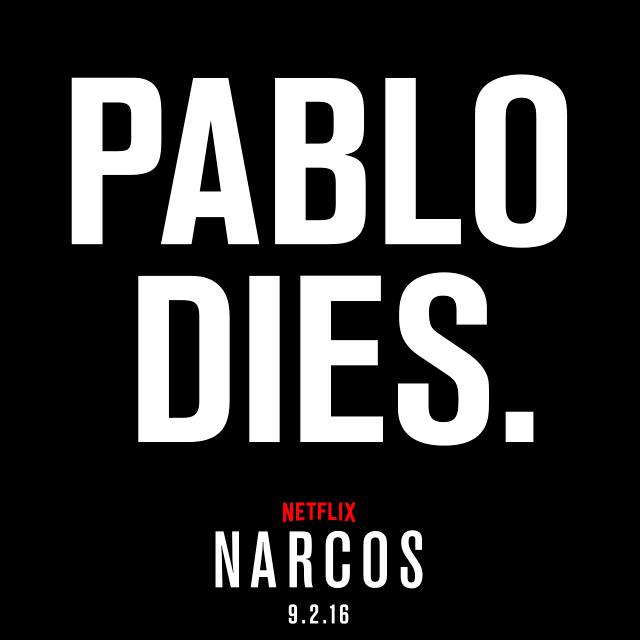 Star Wagner Moura recently opened up about his iconic character Pablo Escobar’s fate in the much awaited season 2 of Netflix’s crime drama “Narcos.”

Following his incarceration in season 1’s finale, after showing his personal journey from being a low-class dealer to being the most feared drug syndicate leader, it seems like he will not allow any prison to stop him. Reports claim that the Colombian drug kingpin will meet his demise in the sophomore run, just as what had transpired in real life.

Rumors suggest that he may be killed during his attempt to break free. In an interview with The Hollywood Reporter, the actor shared, “We all know what’s going to happen to Pablo Escobar. I felt like when I finished the first season, I had to finish [the series]… It’s like accomplishing a mission.”

Even the streaming giant’s promotional materials for season 2 have been plastered with the word “Pablo Dies” alongside the schedule of the return of the series. With the plot set to feature his death, it remains to be seen how the narrative handles the scene.

Executive producer Eric Newman previously dished to AFP that Escobar had a photographer with him and there were incredible photos taken by DEA agent Steve Murphy when the incident happened. “We’ve recreated the actual death scenario based on those pictures so it’s as close as we can be,” he added.

However, there are speculations that Netflix may decide to extend the series and instead of finishing the story right away, they may first focus on Escobar’s escaping from jail.

What may have added to the assumption is Moura’s statement during his appearance on talk show “Chelsea.” He told host Chelsea Handler that, “It’s all about Pablo on the run… It’s from the day Pablo escapes to his death.”

Season 2 of “Narcos” is slated to premiere on Friday, Sept. 2.