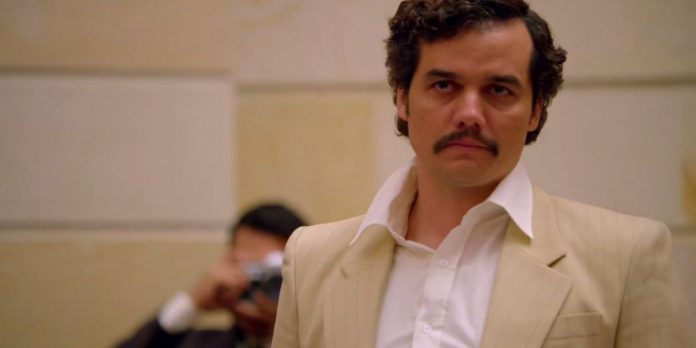 After a relatively quiet past few months for “Narcos,” new official updates are now available for the second run of the show courtesy of executive producer Eric Newman.

As the debut iteration of the American crime thriller was able to cover 15 years of Pablo Escobar’s life, it has already been confirmed that the drug kingpin will meet his death in season 2 of the show. In a recent roundtable with AFP, which Interaksyon was a part of, Newman shared that they have already wrapped up filming including a very detailed recreation of the ugly end of “El Padrino.”

“Escobar had a photographer who was with him and there are incredible photos taken by DEA agent Steve Murphy at the time of his death,” Newman teased of the much-anticipated scene.

“Narcos” has been praised critically for its true-to-life translation of Escobar’s life into the small screen. This can be chalked up to Newman’s two-decade-long crusade of researching about the drug lord.

He was also the one responsible for bringing DEA agents Steve Murphy and Javier Pena who were the leaders of the Escobar manhunt in the 1990s, as consultants to the show.

Not much is known as of yet in terms of the other specifics of the show as well as its official release date in Netflix. But fans can expect the series to be available on the streaming platform sometime this October with Escobar’s intriguing death scene in the finale.

Escobar died on Dec. 2, 1993, after attempts of eluding officers who were in the hunt for him. He was ultimately found hiding in a middle-class barrio in Medellin, Colombia. Escobar and his bodyguard, Alvaro de Jess Agudelo engaged the police into the shootout. They tried to run across the adjoining roofs of slums where they were eventually shot and killed by the Colombian National Police.

Newman has previously reiterated that despite the death of Escobar, “Narcos” is still left with a lot more material in terms of narrative to move the show past season 2.

'The Originals' season 4 spoilers: Klaus to be woken up by...