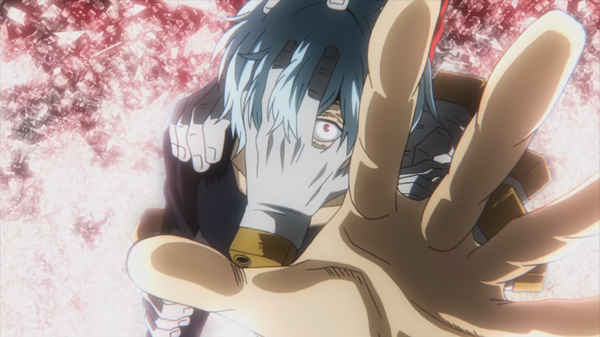 Things are about to get bumpy in Izuku Midoriya’s (Daiki Yamashita) road to becoming a hero as a new villainous character is set to appear soon in “My Hero Academia.”

The new character is Tomura Shigaraki, a villain with the ability to destroy anything he touches by disintegration. Japanese media company Toho announced the news by way of a promotional video posted on YouTube.

Running for only 15 seconds, the video focused solely on Tomura with written text and audio in Japanese. A translation of the audio, provide by the Anime News Network, featured Tomura expressing his desire to “erase the symbol of peace.”

“My Hero Academia,” original Japanese title “Boku no Hero Academia,” tells the story of Izuku “Deku” MIdoriya. Initially, Izuku was a boy with a peculiar quirk: he was born without special abilities in a world filled with people with super powers.

These special abilities, or “quirks” as the series refers to them, are rampant in the in-universe populace so that those born “quirkless” are the anomalies. Despite being the resident “normal,” Izuku still wanted to be a hero just like his idol, All Might, and go to the prestigious hero academy U.A.

Because of his aspirations, and his status as a “quirkless,” Izuku’s peers constantly ridiculed him. Particular among his bullies is Katsuki Bakugou (Nobuhiko Okamoto), a boy born with the power to cause explosions by secreting nitroglycerine-like sweat from his hands.

Izuku eventually crosses paths with All Might, who trains him to get into U.A. and gives him the quirk “One For All” after seeing Izuku’s determination to do the right thing despite his perceived weakness.

Izuku’s new quirk allows him to exponentially increase his strength, although his inexperience with the quirk causes his body severe damage. This, however, sets him on the path to becoming the hero he always has been.

As for Tomura, he will be voiced by Kouki Uchiyama and will appear in episode 8 of the anime.

“My Hero Academia” airs in Japan every Sunday at 5 P.M. on the MBS/TBS network. Funimation simulcasts the series in both original Japanese audio with subtitles and English dub formats.

Khloe Kardashian and Lamar Odom updates: photos in bar not what...