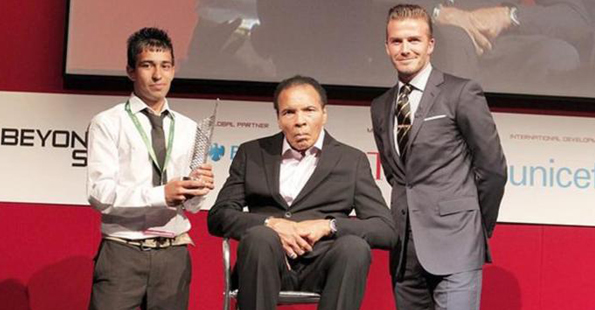 Muhammad Ali’s wife Lonnie has given some recent updates regarding the health and physical condition of the man simply known as “The Greatest” in boxing.

Ali held a 31-fight undefeated streak since his professional debut in 1960, until 1971 when he lost to Joe Frazier in their first encounter. It also came four years after he was suspended in 1967 for not opting to join the Vietnam war.

After he had gone through facing the likes of Ken Norton, twice against Frazier, Leon Spinks, and George Foreman, Ali was diagnosed with Parkinson’s Disease in 1984, four years after his retirement.

Since then, the man formerly known as the “Louisville Lip,” who had the knack for eloquently talking trash against his opponents, no longer had the same sharp tongue.

Now a 74-year-old, Ali is still getting by through daily life, but his health has not been improving. In a report by Boxingscene, Muhammad’s wife Lonnie shared some updates regarding the former heavyweight champion’s physical state.

“He does have advanced Parkinson’s Disease, so he is challenged. But he still is a positive person,” said Lonnie. “We try to keep him engaged and connected to people, especially his family.”

“The nature of the illness is that you become apathetic.”

Now unable to speak as sharply as he had before, Lonnie also revealed that Muhammad has made use of modern technology, particularly Youtube, to look back on the days of his prime.

Lonnie even recounted one instance wherein her husband fondly remembered his brash personality back in the day.

“I remember in Michigan one time, he was watching himself, and said: ‘I was crazy, wasn’t I?’ I said: Yes!'”

Lonnie added that despite Ali’s accomplishments, both as a sportsman and as a public figure, she still holds some regret about not doing some things she wished he could have done.

“There are times today that I wish his voice was stronger,” she said.