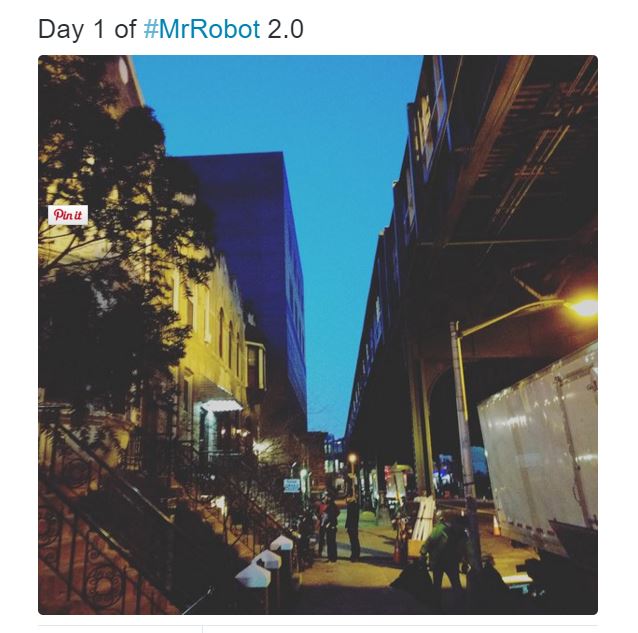 The sequel of the drama and psychological thriller “Mr. Robot” is no doubt one of the most anticipated television series. Although no definite air date has been announced for the second installment, fans will be assured to know that the ball is on the roll, as the production has already started on Monday, with a new actor joining the set.

Last Monday, Sam Esmail, show creator of “Mr. Robot,” posted on his Twitter account a photo that looks like something from the filming. He simply captioned it as, “Day 1 of #MrRobot 2.0.”

Rami Malek, who plays the protagonist Elliot in the television show, has also posted on his Twitter page a few days earlier a photo of his wardrobe, labelled with the screen name and with the caption, “Guess who’s back?”

Similarly, Christian Slater, who portrays Mr. Robot in the show, posted an image of a cap, also on his Twitter page, saying, “Hello friend #mrrobot.”

The news made most fans excited as they look forward to how the story will unfold in the sophomore run of the show, as well as its premiere date.

Meanwhile, comedian and former “The Office” star Craig Robinson was revealed to have joined the casts of “Mr. Robot” season 2 as a recurring guest. He will be playing the role of a man named Ray, who is described as “a neighborhood local who reaches out to Elliot in his time of need,” noted Variety.

Aside from Robinson, Joey Bada$$ and Chris Conroy has also been announced last week as a recurring cast in the show’s second installment. The former will play the role of Leon, said to be Elliot’s friend living in the same neighborhood who talks and gives a lot of advises about life. On the other hand, Conroy will portray Derek, a love interest for Joanna Wellick (Stephanie Corneliussen).

Season 2 of “Mr. Robot” is expected to premiere around summer this year.