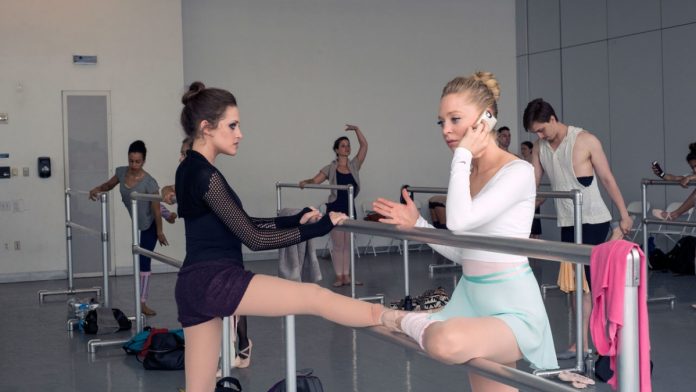 Approaching the halfway mark for the season, “Mr. Robot” is just starting to shake things up with the FBI slowly closing on the Five/Nine hackers. Given the scenario, Darlene (Carly Chaikin) and Angela (Portia Doubleday) team up to elude the authorities but their frolicking suddenly hits a snag in this week’s episode.

Titled “eps2.4m4ster-s1ave.aes,” the hacker-centric show has been in a cat-and-mouse game due to Dom’s (Grace Gummer) relentless motivation in nailing the cyber criminals. Brought together by their goal to protect Elliott (Rami Malek), Darlene and Angela will concoct a plan that can steer the direction of the investigation away from them.

“Darlene wants something from Angela,” Chaikin told TV Line during episode 5’s post-mortem/episode 6 sneak peek conversation. “And their friendship comes into play,” she adds, seemingly hinting that this joint activity will not be a one-time affair.

But while both of them are in unison to cover up for hacking genius, Elliot, it is as if Angela has something up her sleeve which she is not yet ready to reveal. The former AllSafe employee turned E Corp employee may have a conflict of interest in the matter. Nevertheless, Doubleday assures that whatever Angela and Darlene end up doing, it would be something “pretty spectacular.”

In a previous interview with The Hollywood Reporter, Doubleday discussed Angela’s ultimate story arc going into “Mr. Robot’s” sophomore season. “There was such a change in the second season and I talked to Sam a lot about what that transition would look like,” she said. “It was kind of tough. [Angela] is very different in the second season.”

Elsewhere in the forthcoming chapter of the hit series, it appears that Elliot may still be out of sorts after blacking out in the last episode. However, his lack of physical activity may be traded with his mental one as spoilers suggest that Mr. Robot (Christian Slater) will persuade him that he can be of use in his dire situation.