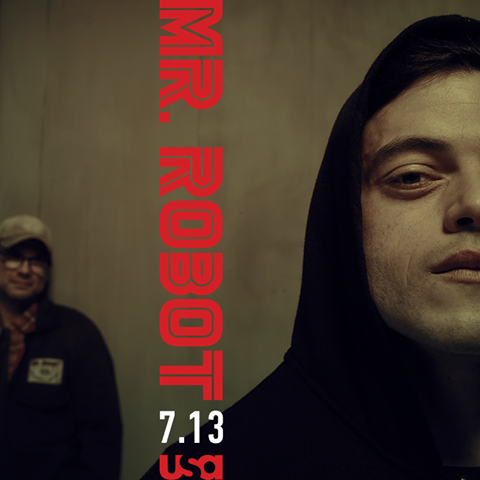 Talking to USA Today, Malek revealed that his character will be living with his mother in Queens a month after the massive hack into the multinational company that left everyone free of debt, “He’s just trying to keep himself from making any more mistakes and causing more collateral damage.”

Reeling from realization that Mr. Robot (Christian Slater) is not real and only a projection of his dead father, Elliot will be keeping a strict routine. He will be ostracizing himself from anyone he cares about in order to keep the fictional leader of the hacker group at bay.

“He thinks that by controlling every aspect of his life, and exiling himself from anyone he cares about, this is the path to curing this very serious mental illness,” creator Sam Esmail added. Instead of introducing a new villain, the story will have the characters dealing with the repercussions of decisions they have made.

However, it seems like Elliot’s personal struggle is just one of the aspects that will make the sophomore run much darker season than season 1. Carly Chaikin, who plays as Darlene, shared that her character will feel more empowered by the data breach. But this will put her at odds with her brother, especially now that an FBI agent Dominique DiPierro (Grace Gummer) is tailing them.

Meanwhile, Stephanie Corneliussen dished to Bustle that her character Joanna Wellick will go to any extent to find her missing husband, Tyrell (Martin Wallstrm). Her backstory will also be explored a little deeper, hinting on the kind of lifestyle she hails from.

“She comes from a certain family where teen pregnancy certainly isn’t accepted. It wasn’t her decision to give up the baby, and obviously this is something that has been tormenting her; but at the same time, she’s a master of shutting down emotions,” she explained.

'Supergirl' season 1 spoilers: Producers says the intend to make a...

'The Good Wife' season 7 comes to an end with Alicia...