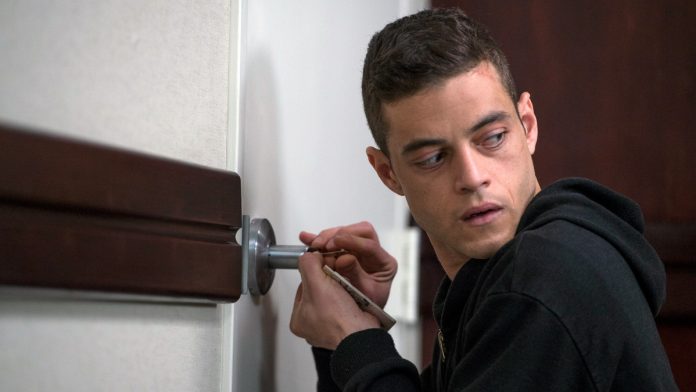 “Mr. Robot” is dubbed to be one of the most unique series viewers have seen in a while, so it’s not a surprise that the TV show was renewed for its second season even before its debut installment finished.

The show follows a young computer scientists named Elliot Alderson (Rami Malek) who works for an online security company in the morning but leads a dual life of hacking them at night with the supervision of a mysterious character called Mr. Robot (Christian Slater). The anchor that sets the tone of the whole series is the fact that Elliot is suffering from society disorder and clinical depression which may heavily affect the way he thinks.

In a report by website Vulture, lead star Rami Malek shared his excitement for the second season even to the point of asking his agents to make sure that he will have time to shoot the TV series. “I will say this, it doesn’t get any easier for any one of the characters on the show – especially myself. After [Sam] pitched me this season, I called my agents and said, I don’t really feel inclined to do anything between now and then. Because it’s going to require a lot of energy,” Malek explained.

It was previously reported that the story of the show will turn into a very dark path come  2016 and will focus on the psychological situation of Elliot. Moreover, although Mr. Robot was revealed to have died before the end of the first season, he will still be in the picture through flashbacks and even hallucinations.

Meanwhile, to those who have been intrigued by “Mr. Robot” but was not able to catch it on its first season, USA Network is bringing the hit TV show’s first season to DVD and Blu-Ray starting. Jan 12.