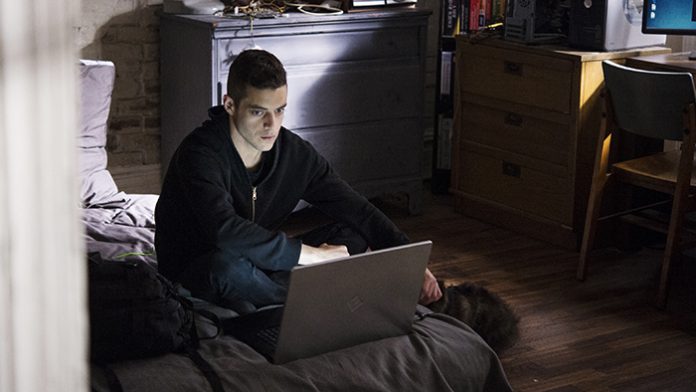 As season 2 of groundbreaking series “Mr. Robot” slowly draws near, fans are wondering how the show could possibly up their game after coming from a very impressive debut season. Lead star Rami Malek acknowledges the pressure but does not allow himself to be distracted as that might eventually hinder him from bringing his A game.

“I think that the day we wrapped the first season, I’ve been thinking about the second season and feeling like there was an immense amount of pressure,” Malek admitted during an actor roundtable discussion with The Hollywood Reporter. “There is something scary about coming out of the gate so strong. You want to be able to retain that or improve upon it.”

The pressure is understandable given that the show has rapidly become one of the most anticipated comeback shows this year. Chalk it up to its grainy aesthetic and interesting premise. It also helps a lot that it became a main staple in last year’s small screen awards season nabbing a couple of wins along the way.

The weight is arguably more prominent on Malek’s shoulders as the whole story of “Mr. Robot” technically revolves around his character Elliot a gifted young hacker struggling with social anxiety who joins a group of hacker activists in breaching one of the biggest companies in the country. Elliot operates under the direction of his dead father’s hallucination in the form of Christian Slater’s Mr. Robot.

“The only way to alleviate myself of that pressure is just to keep working, keep discovering, keep researching and go to that place every chance I could,” he continued. “We have a great group of people. It feels like everybody came back with that mind-set that said, ‘not only can we do as good a job, we can do better.'”

Coming into the show’s second season, series creator Sam Esmail has devised a narrative where Elliot’s backstory will be further visited in an attempt to understand his quirks. Aside from that, Elliot will also have to deal with the fact that Mr. Robot is nothing but a figment of his imagination.