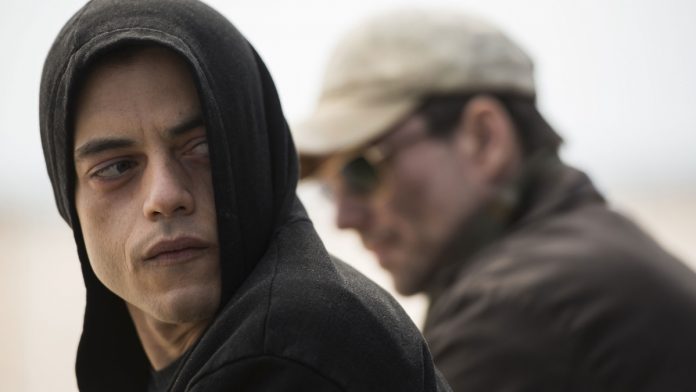 “Mr. Robot,” the hit hacker series that received critical and fan acclaim for its first season on the USA Network, will return for its sophomore run. As revealed in an interview, series creator Sam Esmail is completely taking over the creative part of the series, an experience a flow of production that series main star Christian Slater described as “perfect.”

In a recent cast and director interview with Variety, “Mr. Robot” main star Christian Slater, who plays the titular role in the series, praised the performance of series creator Esmail as he now takes on the role of director for the second season of the series, too.

“I wasn’t sure where we were in the story,” Slater said. “It was so perfect that Sam was there to be the oracle, to guide us along and keep us on track.”

Apparently, Esmail is set to direct not only one or two or a number of episodes this time, but rather the entire season. In a movie that is unusual to take on for TV shows nowadays, Esmail would be the creator, head writer, and also the director of the series for all 10 episodes of the new and upcoming season

Esmail explained that the reason behind this move is that he tend to be very “specific” in critical parts of the show, and there are major aspects that he would want to be handled only by him alone.

“I am so very specific in how I want to shoot the show and the visual grammar of how I want to tell the story,” explained Esmail. “It’s nothing against our directors in the first season, because they were all great to work with. For me, it feels like it would be easier to manage day to day. I’m on the set every day anyway, and I just think it would make the whole show be more efficient.”