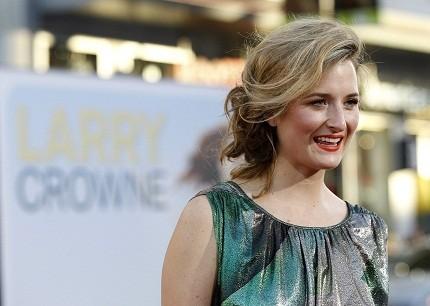 Actress Grace Gummer is stepping out of her mother’s (Meryl Streep) shadow as she slowly makes a name for herself. The former “American Horror Story” and “Extant” star is set to play Dominique “Dom” DiPiero in USA’s breakout hit “Mr. Robot.”

DiPiero is a lead character in season 2 of the series. She is an FBI field agent who is investigating on the fsociety.

On the other hand, it has been reported that season 2 will follow the life of Elliot  Alderson (Rami Malek) more closely now that he knows Mr. Robot is not real.

“There will be a lot more backstory that will be shown, the timeline will get a little clearer … It is really about Elliot trying to reconcile what this means in seeing Mr. Robot,” showrunner Sam Esmail told Entertainment Weekly. “It’s about a guy who becomes aware of this delusion he’s been having.”

Esmail further dropped cliffhangers, alluding that there might be plot twists in the second season. In addition, he was reported to have been working closely with economic experts in order to realistically depict how a large hacker organization works in order to topple down one of the world’s biggest companies.

Malek consequently hinted that there are more events in season 2 that should be anticipated.

He told Entertainment Weekly, “There’s definitely a fallout from what happened in season 1 and that will be broached. It’s kind of sad and disturbing how we’ve been able to anticipate events that have happened in our culture in the world so I assume that that will continue to happen but you can never predict the future and how distressful it might be, so as much as I think we have the ability to capture that, I hope we don’t.”

The second season promises to be more challenging for Malek, he said in an interview with Variety.

On the other hand, Esmail shared with Esquire how “Mr. Robot” developed into a TV series instead of the original movie screenplay, saying, “I had more story to tell than what could fit in a reasonable running time at the movie theaters! The way the story was coming out for me, it just needed to be on a longer-form story format.”

“Mr. Robot” season 2 is slated to hit the small screen in summer this year.