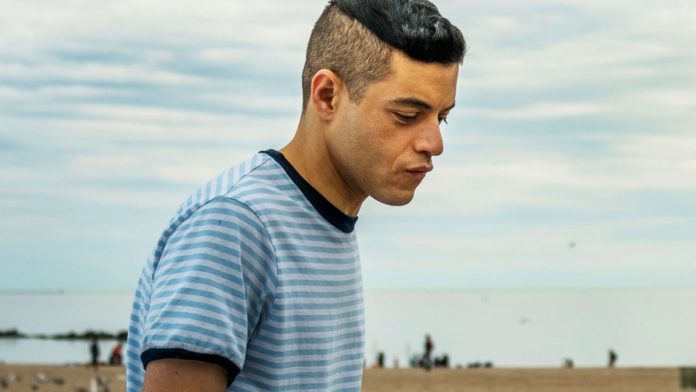 “Mr. Robot” continues to tread murky waters as it appears that just when fans were only a step away from reaching a resolution, the show takes two steps back and heads a different direction. This week, Elliot (Rami Malek) tries to come to terms with Mr. Robot (Christian Slater), which at this point can mean anything moving forward.

If the latest episode of “Mr. Robot” has proven anything, it’s that the show does not shy away from any form of storytelling. The chapter titled “eps2.4_m4ster-s1ave.aes” brought not just Eliot to a trip back in time but the viewers as well. The struggling hacker went down memory lane but events were shown via a twisted sitcom reminiscent of the ’80s. Despite the bizarre form of storytelling, the episode was still able to give fans sneak peeks of how Elliot was before he became embroiled in the E Corp hack which will presumably make some sense as the story continues.

“The notion was that we wanted Mr. Robot to actually show the good attributes of having an alter ego,” show creator Sam Esmail explained of the decision to present the flashbacks the way it was shown to Entertainment Weekly. “Here’s the plus. You’ve seen the negative. You can’t get rid of me, even if you want to. You can’t control me, but here’s a huge plus of having me around.”

If jogging Elliot’s memory served any purpose, it appears that it was for Mr. Robot to get back on his host’s good side. Spoilers suggest that this week’s “Mr. Robot” episode will see the collaborators back on the same side. Unfortunately, there is no indication of whether Elliot will finally be back in good physical shape after receiving some lashing from Ray’s (Craig Robinson) henchmen.

Elsewhere, Darlene (Carly Chaikin) and Angela (Portia Doubleday) will roll out their plan with the former guiding the latter in hacking the FBI. And while they will begin to accomplish what they set out to do, unfortunately, FBI agent Dom (Grace Gummer) suddenly enters, cutting their session short.