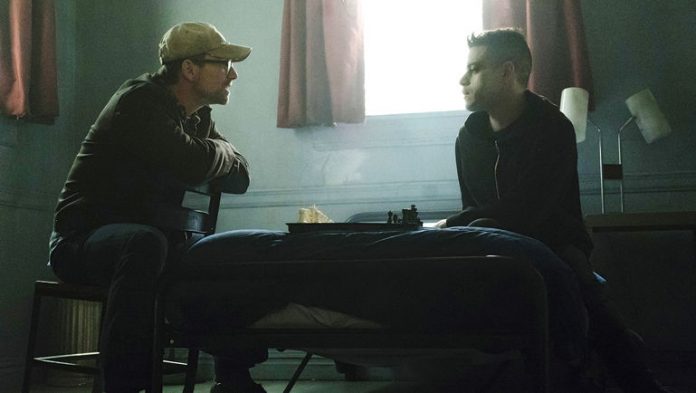 “Mr. Robot” season 2 wasted no time in hammering Elliot (Rami Malek) to his breaking point as on top of dealing with the aftermath of the fsociety hack, the socially anxious hacker also needs to cope with the death of his father figure, Gideon (Michel Gill).

Coming into this week’s episode, titled “eps2.1_k3rnel-pan1c.ksd,” the young hacker gets more and more conscious of the repercussions of his actions with a closer look at the power he has just from hacking. The promo trailer for the upcoming installment of the show’s sophomore run shows Elliot trying to trace back to the night of the massive security breach but it is quite difficult to gauge whether he is actually leaning more toward being remorseful for his wrongdoings as he continues to realize what he was a part of. One thing, however, is for sure, the tug-of-war between him and Mr. Robot (Christian Slater) will continue as both of them look adamant in championing separate causes. During their encounters, they do not seem to shy away from antagonizing each other,

Unfortunately, battling a subconscious that is trying to control him is just one of the many issues Elliot is trying to resolve. He also carries the burden of Gideon dying. Malek briefly talked about the shocking death in his recent conversation with The Hollywood Reporter saying that somewhere inside of him, Elliot is blaming himself for his close friend’s demise.

“Gideon wouldn’t be in this position if it weren’t for Elliot. That’s on Elliot’s hands,” Malek spilled regarding the situation. “There’s a lot of guilt that will impact Elliot’s progression, and that’s due to what happens to Gideon in that first episode. It’s so sad. Elliot’s situation with his own father is very tumultuous. He obviously grapples with what kind of a father he had, and the one he envisioned versus the one that existed.”

Elsewhere in the episode, fans can expect to see a glimpse of how the fsociety members react to being the anonymous shakers of the online community. Mobley (Azhar Khan) and Darlene (Carly Chaikin) seem to be getting a kick from their handiwork, while Angela (Portia Doubleday) gets a brand-new way of looking at the situation.