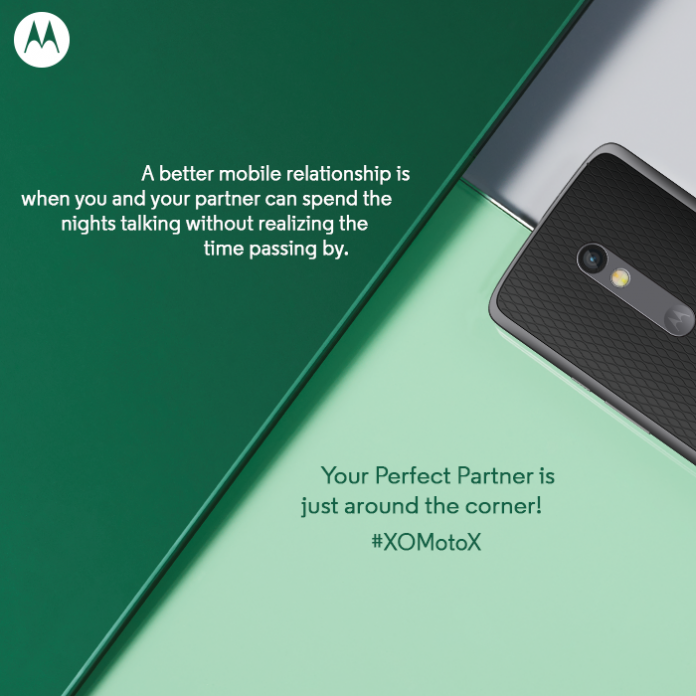 The Motorola Moto X Play will be coming to the Indian market on Monday, September 14, as the Flipkart special page has revealed.

As reported by Android Authority, the dedicated site on Flipkart for the release of the Moto X Play shows a countdown timer that ends on September 14, at 2 PM Indian time. However, the countdown timer on the website was taken down, and now only a message that reads “Your perfect partner will be here soon…” can be found.

The Moto X Play, as it was originally called when it was launched, sports a 5.5-inch display with 1080p Full HD resolution and Corning Gorilla Glass 3 protection, and an IP52 certified water repellent nano-coating. It runs under an octa-core Snapdragon 615 chip, with two quad-core CPUs clocking in at 1.7GHZ and 1.0GHZ each. As for the graphics, it has an Adreno 405 GPU. It packs 2GB worth of RAM inside, with options between 16GB and 32GB worth of built-in internal storage, and support of an external microSD expansion.

Previously, Hong Kong-based famed Motorola leaker Hellomotohk reveals that the Mototorla Moto X play will be coming to the US, too, but will be called under a different model name. According to said report, the Moto X Play will be released as the Motorola Droid Maxx 2, and will be available exclusively via carrier Verizon.

No release date was hinted as of the moment. Additionally, the leaker also said that Verizon will also be releasing the Droid 2 Turbo. No word yet on whether the Droid 2 Turbo will be another rebranded model from the Moto X 2015 series of smartphones.