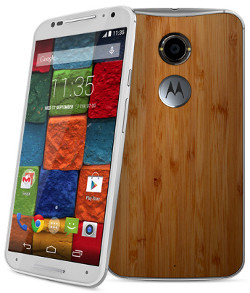 Motorola’s new and upcoming flagship smartphone, the Motorola Moto X 3<sup>rd Generation, is once again making its round of rumors these past days, with a number of “leaked” photos of the phone surfacing online. The new smartphone is expected to come later this year and with its rumored set of specifications, users can’t help but expect for its coming release.

To start with, the first set of leaked photos of the alleged Moto X 2015 phone came from a report over GForGames. The report showed images of the phone’s chassis, with its parts still missing. However, the most notable thing about the photo is that it has an opening for what seemed to be a fingerprint scanner. The Moto X was not previously rumored to have this feature, and that made news that gave excitement from some of the fans waiting for its release.

However, barely a day after the said “leak” of a supposed inclusion of a fingerprint scanner, a new report surfaced along with a brand new set of “leaked” photos for the Moto X 3<sup>rd Gen. Phone Arena posted the said follow up to the previous report, with photos posted by HelloMotoHK on Facebook. The new set of photos still showed the phone’s chassis. However, the slot for a fringerpirnt scanner was scrapped and not there anymore. It is said that the image with the alleged fingerprint scanner was an old engineering sample, and that the production model won’t have that opening for such a feature, making the phone look like the latest leak by HelloMotoHK.

On the other side of the news, the leaked photos also came with a photo of another yet mysterious Motorola phone. While there are no details as to what phone model is shown in the photo, one clear feature of it is wireless charging (based form the photo itself).