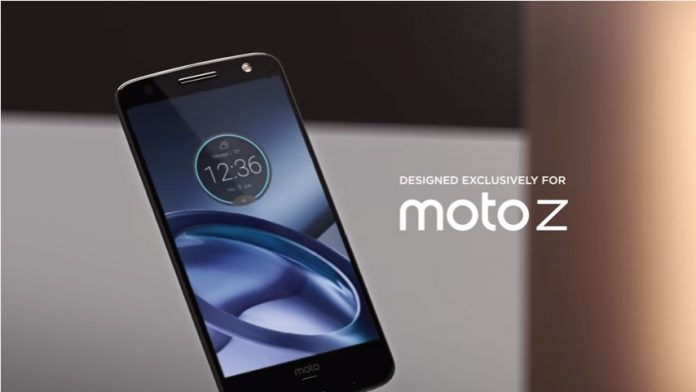 Just like other highly anticipated smartphones that are about to come out, Lenovo’s upcoming Moto Z Play also fell victim in terms of the number of information that were leaked online. Still shots of the rumored handset including its accessories have been making rounds as of late and it is said that the device could be finally released next month.

Reports claim that the said variant of the Moto Z will be the most affordable in the lineup. As per leaked photo, it seems that the make bears a glossy back panel finish with its so-called Moto Mod connector located at the bottom part. However, the handset will still don a 1,080-pixel resolution which is quite reasonable since it will be an entry-level version in the Moto Z family. It is said that it will have a 5.5-inch AMOLED multi-touch screen with a 16-megapixel back shooter. It’s not yet clear though if the phone will have a 5-megapixel front camera and this has yet to be announced by Lenovo or Motorola. In addition, reports suggest that the phone will still feature the conventional audio jack hub which is the only render in the lineup to be fused with the said component.

Moreover, it will also have the USB Type-C ports and just like its Moto Z cousin, it is said that it will have a detachable lithium-ion battery with a storage capacity that is yet to be known.

As for its internal specs, the Moto Z Play will still carry the Android Marshmallow operating system (OS) that will be later on tweaked to the latest Nougat OS as soon as it is made available to the public. The new OS was initially rolled out to Google’s Nexus devices including other gadgets that were early on enrolled to its beta program last March.

Furthermore, the phone is reported to have varying amounts of random access memory (RAM) with a decent 2 GB as its base version and will be powered by Qualcomm’s Snapdragon 625 chipset. As for its storage space, the phone could bear 32 and 64 GB variants which will be expandable via microSD card.

Meanwhile, the price of the phone is also yet to be known, but it is said that it might be initially priced at $300.

As earlier mentioned, the Moto Z Play could finally be rolled out this September.

'Need for Speed' game news: PC version will be out Spring...