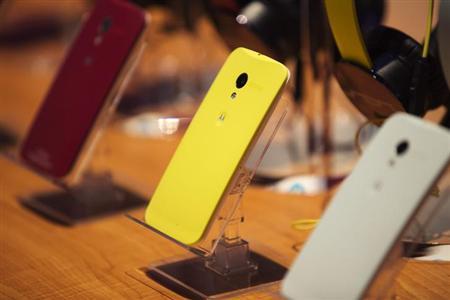 Once again, the upcoming Motorola Moto X 3<sup>rd Generation has sparked speculations on the rumor mill. This time around, a video showing a screenshot from the phone itself surfaced online, confirming various other details along the way.

The people at Total Tech have been lucky enough to have a trusted source that had them test a unit of the Moto X 2015.

In the YouTube video they posted, they confirmed that the Moto X 2015 is indeed coming with two variantsone with a 5.7-inch display and the other with a little smaller display of 5.2-inches. But aside from its display size, the two variants will look and sport features that are exactly the same. The smaller variant may be called the regular Moto X 2015, while the bigger one may be called the Moto X Plus.

Another interesting part of the leak is the Moto Wear app which, according to the source, will be working with Motorola wearables. With that, the report said that there will also be an upcoming Moto 360 2. Additionally, the Moto X 2015 5.7-inch variant may come with support for a VR (virtual reality) headset.

Just recently, photos have surfaced online teasing fans about the hardware features of the new phone. The first set of leaked photos of the alleged Moto X 2015 phone came from a report over GForGames, showing the phone’s chassis with a hole for what seemed to be a fingerprint scanner.

However, barely a day after the said leak, a new report surfaced along with a brand new set of leaked photos for the Moto X 3<sup>rd Gen, posted by HelloMotoHK on Facebook. Based on the report, the slot for a fingerprint scanner was now gone. It is said that the image with the alleged fingerprint scanner was an old engineering sample, and that the production model won’t have that opening for such a feature.

The Motorola Moto X 3<sup>rd Generation is expected to run under a hexa-core Snapdragon 808 Processor with an Adreno 418 GPU. The phone will come with two different models, one with 32GB of built-in internal storage, and another with a 64GB capacityboth equipped with 4GB RAM, and without support for external microSD expansion.