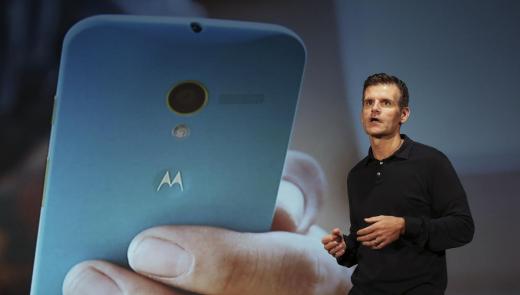 With Google I/O over, new devices operating under the Android system are now in the market. Android fans can now get their hands on Lenovo’s new Moto G4 handset.

Google I/O is still a few days fresh since it ended on May 20. However, before it did, Endgadget’s Chris Velazco managed to test the new Moto G4 that was used as a personal phone by an unnamed Google executive.

Released by Lenovo’s subsidiary Motorola as the newest iteration of the Moto G line, the Moto G4 comes after last year’s acclaimed Moto G third generation handsets. The device’s specs feature the Android 6.0.1 Marshmallow as its operating system, the octa-core Snapdragon 617 chipset, and either 2GB or a 4GB memory.

Users who buy the variants of the Moto G4 carrying 4GB of RAM can pick either a 32GB storage or a whopping 64GB of space for all their needs. Meanwhile, the lower 2GB version only comes with 16GB of storage space, far lower than its higher counterparts.

The specific variant Velazco tested was a Moto G4 Plus featuring 4GB of RAM and 64GB of space, meaning it was the cream of the crop of Lenovo’s newest handset offerings. Reportedly, the device functioned incredibly well when it came to speed. A major factor for the device’s performance was alleged to be Motorola’s design on a “fresh” version of the Android Marshmallow.

When it comes to the phone’s outward features, the Moto G4 Plus reportedly featured a slim design and an entirely plastic chassis. The phone’s battery also had substantial energy storage with 3,000mAh, although it could not be removed so extreme care should be exercised regarding the phone’s power management.

The Moto G4 Plus was released on May 17 in Brazil and India and is expected to be released sometime “soon” in North America.

'Clash of Clans' news: Supercell boss says no to IPO amid...