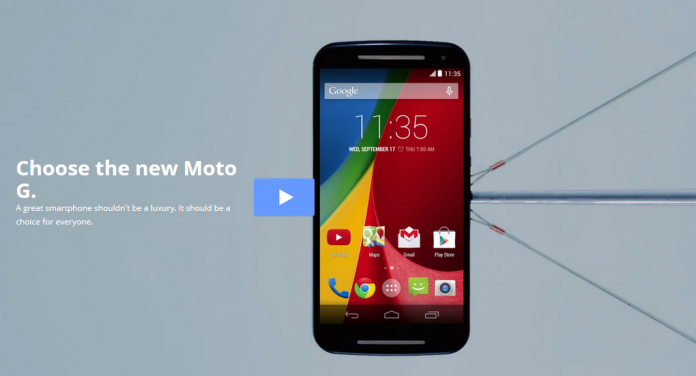 Following the release of Motorola’s revamped third generation version of its affordable smartphone, “Moto G,” consumers are also excited with the rumors that the upcoming handheld device dubbed as “DROID Turbo 2” may hit the market soon.

According to a leak from Android Central, DROID Turbo 2 has appeared in the inventory list of Costco with Verizon as carrier. The list only shows “Turbo2” which is the name that is popular for the next-in-line device among the rumor mill.

Although no official confirmation has been made yet, speculations suggest that DROID Turbo 2 may have octa-core Snapdragon 810 as processor combined with Adreno 430 chipset for CPU. While the internal memory is at 4GB RAM with built-in storage of either 32GB or 64GB. However, based on its predecessor, the memory may not be expandable.

In comparison to Moto G, the newly designed gadget is powered by 1.4 GHz quad-core Qualcomm Snapdragon 410 with either 1GB of RAM or 2GB on 16GB storage version. Base storage starts at 8GB or 16GB which is expandable of up to 32GB via microSD card slot.

For added features, DROID Turbo is rumored to come with the latest wireless charging technology with Qi standards and will be powered by Android 5.1 Lollipop not the upcoming Android M. Meanwhile, the battery of Moto G reportedly lasts through two whole days with light use such as messaging, checking notifications and browsing the net through Wi-Fi. Moto G also runs in Lollipop OS.

No price range has been mentioned for DROID Turbo and it is predicted that it will hit the market in fall. In comparison, Moto G is now available and retails at less than $200 without contract.