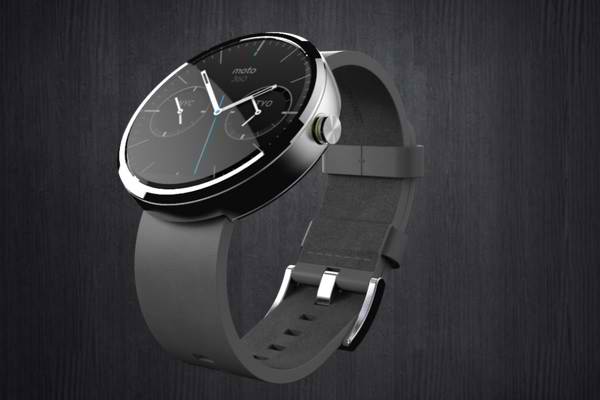 This is the age of smartwatchesan intelligent watch capable of a lot more than showing its user the time and date is no longer a thing of the future. Smartwatches can now perform minor phone tasks such as make/answer calls and/or text messages as well as monitor your health and show you live statisticsand most of the times, much more.

Take into consideration the Motorola Moto 360 and the Pebble Time.

With its design, the Motorola Moto 360 was hailed as the best-looking Android Wear device. Most user reviews have been very positive about the Moto 360’s stylish design, with the option between leather and a metal strap. The watch also feels comfortable, like a traditional wristwatch, that one user said that after wearing the Moto 360 it just “vanished”, all because the watch feels so comfortable to the arm. The watch itself is not looking cheap at allwith a round body made out of pure stainless steel shell.

When it comes to being classy and elegant, the Pebble Time is surely not meant to win. In fact, with its square and round at the edges shape, the Pebble Time is looking more like a toy than a highly classy watch. But that’s what makes it cute and unique. It has a plastic body, but it has a steel framing and a Gorilla Glass-covered display.

There is one aspect where the Pebble Time completely topped the Moto 360the battery life. The Pebble Time boasts of up to seven days of continuous use without the need to charge, while the Moto 360 can only last a day, or even less, in some cases of usage.

Like all other smartwatches, both the Moto 360 and the Pebble Time are meant to be connected to an Android or iOS device via Bluetooth. However, users have compared the usability of the two watches when not connected to their phones. The Moto 360 continues to run its health apps such as the pedometer, heart rate monitor, and the like. The Pebble Time, meanwhile, loses all app data when disconnected from the phone.

The Pebble Time does not have a touch interface, with users only relying on four navigation and control buttons on its side. It also supports voice control, where users can now respond to received text messages by simply dictating the message to its built-in mic. It has an always-on screen. The Pebble Time also has a charge port which can be used for future smartwatch accessories, making Time future-proof, in a way. The apps and its calendar functions work well with someone with a busy day-to-day schedule.

In the end, it always goes down to one thingwhat the user want and need. It doesn’t have to be the best, but it also couldn’t hate to have a more powerful device at the wrists.

'XCOM 2' release date to PS4 and Xbox One this September