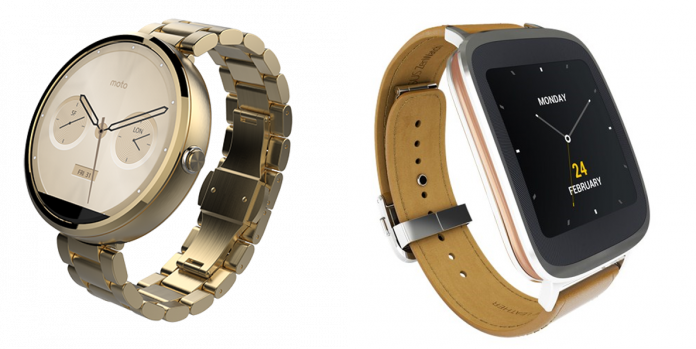 This year, the market has seen various smartwatches released by many mobile phone manufacturers, including Motorola and Asus.

This year, Motorola upgrades its Moto 360 wearable with the Moto 360 2, which stands for 2nd generation. ASUS, on the other hand, had also recently unveiled its ASUS ZenWatch 2 line of smartwatches.

What are the differences and similarities between the two?

The Moto 360 second generation smartwatch comes in two models the 42 mm. and the 46 mm. full-size variant. Both versions come in stainless steel bodies, Gizmag said, as well as options for a leather or stainless steel quick release bands.

Under the hood, Wareable.com revealed, the Moto 360 2nd gen. runs on a Qualcomm Snapdragon 400 processor and 512 MB of RAM. It supports Bluetooth and Wi-Fi, with GPS being available on the Moto 360 Sport range. As for software, it is powered by Android Wear. It carries a storage space of 4GB.

As for its processor, The Verge revealed that the Asus Zenwatch 2 will be powered also by a Snapdragon 400 and backed up by 512 MB of RAM. It also has 4GB of storage similar to the Moto 360 2. The ZenWatch 2 will also have Bluetooth and Wi-Fi support functionality.

Both versions of the smartwatch will have stainless steel cases, and will be dust and water-resistant, the Verge concluded.

ISIS news: New reports say that ISIS may have had something...