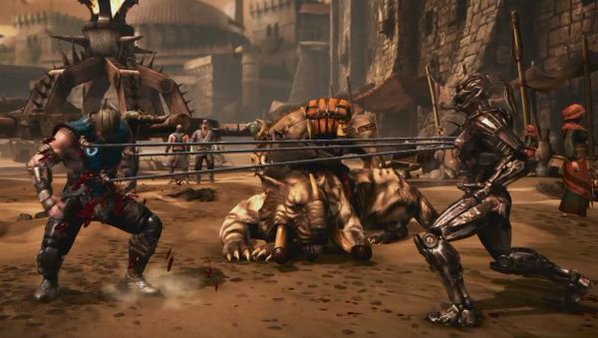 The fighting video game “Mortal Kombat X” received a new beta patch, which includes new characters as well as some buffs and nerfs.

Last week, NetherRealm used its official Twitter page to announce the new roster of characters, including Kung Jin, Kung Lao, Shinnok, Cassie, Kitana, Kenshi, Raiden, and Kano, as well as the Marketplace, in the beta version 3. These updates are only for Xbox One and PlayStation 4 consoles.

Although some fans are happy about the update, others are voicing out other concerns such as their own request of character or a single reference note regarding the game. Still, others are asking for the code, while others are looking for the update in its PC version. As of now, NetherRealm remains silent on these concerns.

Meanwhile, the Reddit community of “Mortal Kombat X” took the initiative to discuss their findings about new characters, as well as guide others regarding the new patch of the title, given the game’s lack of patch notes. The same community were also able to identify the buffs and nerfs that can potentially impact tournament players.

One of the most mentioned nerfs pertains to Kung Lao’s EX Hat attack. Prior to the beta patch, the character is able to move with liberty up to 14 frames after his attack. Now, Kung Lao is only given up to seven frames, making his defense less effective. Aside from him, the community also identified Cassie’s nerf, as her attack is said to be weaker than before.

On the other hand, other characters’ attacks received buffs, such as that of Kenshi’s. His moves are swifter, and he is also able to put a combo attack on his teleportation. In addition, Kano also received a boost in the patch, as he is able to move faster and attack through his tick throw on both the offense and defense side.

The community continues to share their discovery to other players as they test the new beta patch.