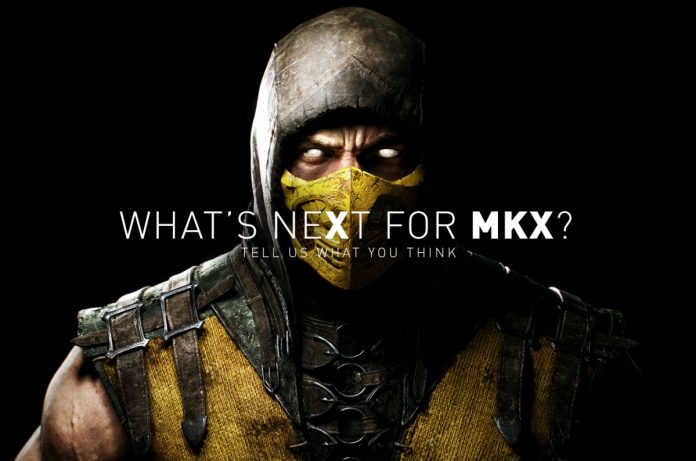 With the longstanding absence of the supposed downloadable content (DLC) for “Mortal Kombat X,” fans of the franchise are already at their wits’ end waiting for new content for the game. Fortunately, it appears like game director Ed Boon has something great in store for everyone as he teases that a new development for the franchise will soon be coming.

Boon is also currently busy with the DC Comics-themed fighting game “Injustice 2,” which is also in the pipeline for NetherRealm Studios. Nevertheless, the group was able to allocate some time for their older franchise.

The video game producer took to his social media to give fans something to hold on to with regard to new material. “evEn with the recent announcement of injustice 2 …. we’Ve got some cool mortal kombat x news cOming! :),” he wrote on Twitter.

Decoding the post, it looks like Boon intentionally used capital letters to E. V and O which may suggest that the update he is talking about may come in the upcoming Evolution Championship Series or Evo. Aside from the annual Electronic Entertainment Expo (E3), Evo is also a suitable platform to release new content for “Mortal Kombat X” as it specifically caters to fighting games.

Boon has previously told Game Informer that he personally thinks that there is something special when crossovers of notable characters in video games are executed. This is something that is rumored to going to be one of the highlights with the forthcoming DLC.

“I always think there’s a novelty to it and there’s a certain amount of people who think that when they see a guest character that it took the slot of a DC character that they wanted to have,” he explained. “But you know, Scorpion in ‘Injustice’ was the most downloaded of all the characters. There was a coolness and a novelty factor to seeing the mixing of the things. Alien and Predator in ‘Mortal Kombat X’ were the most downloaded of those, so I would be surprised if we didn’t do any of that [in Injustice 2],” he added.

The aforementioned title was first rolled out to the public sometime last year and features the introduction of new gameplay elements on top of old ones. Its groundbreaking capability to choose from multiple variations of each character has been lauded by players.

Evo 2016 will take place at the Las Vegas Convention Center and Mandalay Bay Events Center in Nevada from July 15 to 17. Head here for more details about the event.

'The Bachelor' reality series news: Ben Higgins is engaged to his...