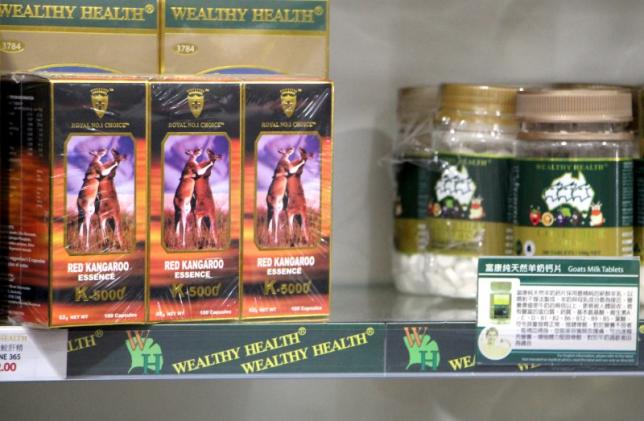 Watching a lone browser in his Sydney Chinatown shop, Bing Chen is worried business is being squeezed this Lunar New Year by what’s ailing the world economy at large – the weakest Chinese economy in 25 years.

In years gone by, Chen would stay open until the wee hours, selling kangaroo skins and Australian wool to crowds of Chinese tourists. But as the Year of the Monkey begins, stores like Chen’s are seeing a drop in trade with newly budget-conscious Chinese either staying home or spending less.

“Our customers have halved,” said Chen, standing by neatly stacked shelves at his Sydney store. “We had to work till 2am and there were still customers buying things but not any more.”

While record numbers of Chinese are traveling outside the mainland – 109 million last year, according to researcher GfK – Chen’s fears echo data showing growth in tourist spending is dropping off quickly.

The China National Tourism Administration in December forecast 2015 outbound tourist spending at $194 billion, according to state media. That equates to per tourist spending growth of just 1.5 percent, compared with a 16.5 percent rise the previous year.

China’s slowing growth is also showing up in weaker tourism spending much closer to home than Sydney.

In Hong Kong, visits from the mainland were down 15.5 percent in December, compared to the year earlier, according to the Hong Kong Tourism Board.

Streets in Sheung Wan district, lined with stores selling dried seafood and various tonics, are quiet rather than bustling. Shop owner Lin Ying Jui says trade for his abalone, edible birds nests and natural medicines is the worst in decades.

“I have been here for around 20 to 30 years, this year’s business performance is the worst,” said Lin Ying Jui

Fuelling growth in the overall number of Chinese tourists is a new breed of younger, independent travelers from the mainland. Countries like Australia are investing in targeting that market, and more than 100,000 Chinese nationals applied for visas to visit Australia in January alone, a record for a single month.

But numbers of large, elderly tour groups are dwindling in Sydney’s Chinatown. How much they and others will spend over the Lunar New year remains to be seen, and traders are bracing for customers being picky where they once were spendthrift.

“Price is extremely important,” said Chenchao Zhuang, chief executive of Chinese travel platform Qunar Cayman Islands Ltd. “Consumers will have a wish-list of places, and wherever has the deepest discounts, that’s where they’ll go.”

Back in Sydney’s Chinatown, shop owner Anna Liu said Chinese tourists – her target customers – “wouldn’t even haggle” in the past as they bought handfuls of vitamins, honey and kangaroo and shark extract products.

“They are more reluctant to spend their money now,” Liu said. “They are more careful, they look up the prices online before they come to compare.”