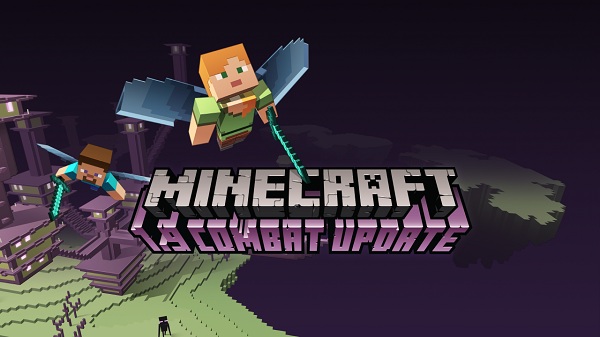 “Minecraft has been updated to 1.9!” Mojang says in its official announcement. “It contains a lot of changes. Most remarkably, the combat mechanics have been updated to make fighting more interesting and offer more map-making options.”

The game’s barebones combat system is getting a revamp through new attacks and the introduction of a cool-down period. In other words, players now need to consider timing in their combat tactics.

The new cool-down feature works through a new attack speed stat which varies depending on tool type and material. This basically means different weapons will have different damage and cool down periods but the core concept is “the faster you swing, the less damage you do,” reports Kotaku. The cooldown mechanic works in tandem with the new rebalances that Mojang rolled out, making axes strong but slow and hoes weak but very fast.

Players also received the new ability to wield dual weapons. This is facilitated by a new inventory slot where players can place a torch, sword, shield, or other item. This means players will no longer need to switch between a torch and a pickaxe, for instance, as they can now hold both.

Mojang has also updated the game’s endgame. The developer has expanded The End and granted players the ability to infinitely respawn the Ender Dragon.

Players will also be saying goodbye to Herobrine, among many other items included in the latest update. Mojang has been working on the Combat Update or Patch 1.9 for more than a year before the developer finally released it on the PC, according to Kotaku.