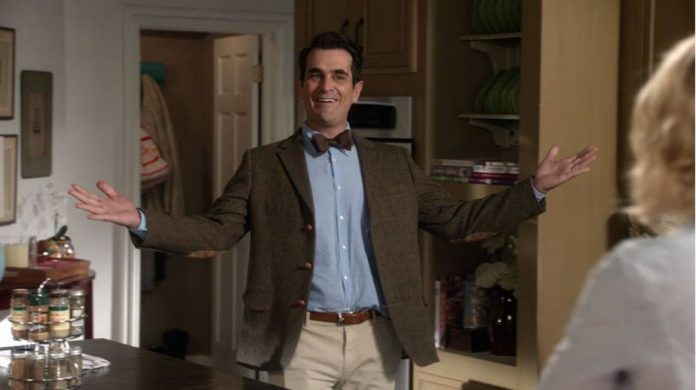 “Modern Family” went on hiatus last week, but the ABC show will be returning with a new episode this Thursday. The last time viewers saw the Dunphys and the Pritchetts, the entire family was in a tizzy due to Halloween, as Luke (Nolan Gould) hosted a lackluster party, while Cam (Eric Stonestreet) encountered his Halloween nemesis.

Luke’s Halloween party was turning out to be a dud when Phil (Ty Burrell) offered to save the day by attending the party as Rod Skyhook, a transfer student who says that most uncool things that actually sound cool to Luke’s friends. As Rod is dressed in a beaver costume, no one knew that it was actually Luke’s father who was posing as the transfer student, and it didn’t hurt matters that “Rod” happened to be a very good break dancer.

Meanwhile, Cam ate too much candy which made him lose his composure and go after his Halloween nemesis, a kid who always takes too much candy year after year. Later, Mitch (Jesse Tyler Ferguson) told him that he has a lot of enemies, but Cam said that it only seems that way because Mitch never sticks up for him. Later, when they made it to the kid’s house, the kid’s father told Cam that his son’s behavior isn’t unusual for a child, whereas Cam was a 50-year-old who chased after his son. This made Mitch angry and he ranted about how adults were supposed to teach children manners, and this made Cam very grateful to his partner.

This week, in the episode titled “Grab It,” Jay’s (Ed O’Neill) favorite place in the world may be losing its charm when Phil considers becoming a member. At the Dunphy house, Claire (Julie Bowen) mistakes her influence on Alex’s (Ariel Winter) choices, while Hayley (Sarah Hyland) cares too much about what Alex thinks about hers.

Elsewhere in the episode, Cam doesn’t give Mitch the full story on what his play is really about, which puts Mitch in the spotlight.