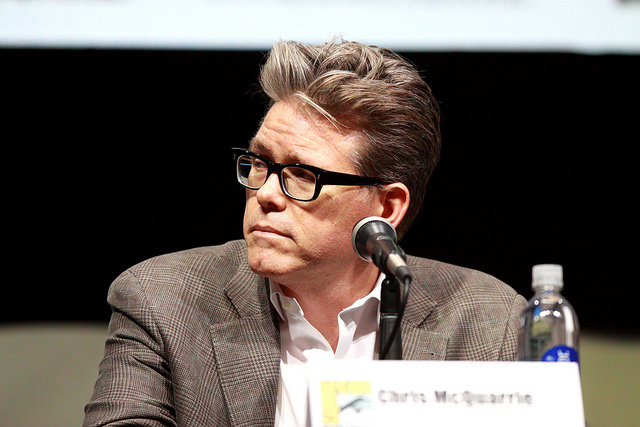 “Mission Impossible” is one of the few franchises that have been in for so long and yet still able to offer something new every time a new movie comes out. People can chalk it up to the ever revolving cast of characters except for lead Tom Cruise who plays the savvy spy, Ethan Hunt. Not only does the cast get an overhaul in every movie, all of the five movies in the franchise were helmed by five different directors as well. However, Christopher McQuarrie hopes to change that as the famed director is already starting to piece out the sixth installment in the series.

“Mission Impossible: Rogue Nation” became such a big hit that its successor is already rumored to be in the works. In an interview with website UPROXX, McQuarrie talked about the endless possibilities that “Mission Impossible 6” might offer to viewers around the globe.

“We’ve certainly talked about it in the abstract. It’s a big, big question to have to contemplate [laughs]. First and foremost, as you pointed out, one of the things that people love about this series is that it’s a different director for every chapter,” he said.

Despite being honored in achieving such feat in directing back-to-back movies for the franchise, the 47-year-old director was candid about the big challenge he is up for in topping “Rogue Nation.”

“And they are very, very challenging movies to make and, with each movie, it becomes more challenging for the next person. And when I was watching Tom on the side of the A400, the first thing I said when he landed was, ‘Boy, I feel sorry for the next director,'” McQuarrie explained.

Furthermore, the director has also confirmed that actor Sean Harris who played Solomon Lane, the main antagonist in the the recent movie will be doing another stint in future outings of the series. Originally, Harris wanted to be killed off so he wouldn’t be tied off in the franchise for a long time, but McQuarrie shared in a separate interview with Cinema Blend that one way or another, Harris will be coming back. The director was quoted in saying, “[Sean Harris] made me promise that I would kill him off. [Laughs] And I told him, ‘Look, it’s ‘Mission: Impossible.’ The villain rarely survives. But if the audience loves you, you’re coming back. It might be that you are playing a twin, or it’s a clone, or even a prequel. But you’re coming back.'”

“Mission Impossible: Rogue Nation” gets released in Blu-ray this week.

'One Piece' chapter 832 spoilers: A character returns o help the...