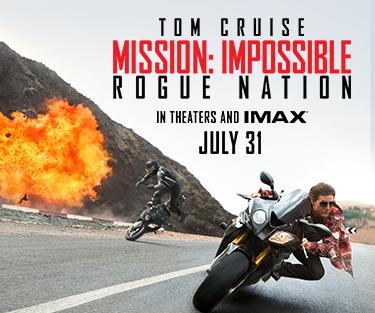 In the movie, Tom Cruise will reprise his role as IMF agent Ethan Hunt. The cast will be rounded out by Simon Pegg Vhing Rhames and Jeremy Renner, who also starred in Mission: Impossible Ghost Protocol.

The movie is said to revolve around the existence of the Syndicate, which is a highly secretive criminal organization that is committed to putting the IMF out of business and interfere with their efforts to protect international security.

The movie will show Ethan and his partners go rogue after the IMF is attacked by the CIA. While Ethan’s team tries its best to prove the existence of the Syndicate, the head of the CIA, who will be played by Alec Baldwin, does believe that it exists.

The movie will be directed by Christopher McQuarrie and produced by J. J. Abrams and David Ellison of Skydance Productions.The cast also includes Rebecca Ferguson, Zhang Jingchu and Sean Harris.

The movie is scheduled to release on July 31, 2015. The synopsis of the movie is as follows:

“With the IMF disbanded, and Ethan (Tom Cruise) out in the cold, the team now faces off against a network of highly skilled special agents, the Syndicate. These highly trained operatives are hellbent on creating a new world order through an escalating series of terrorist attacks. Ethan gathers his team and joins forces with disavowed British agent Ilsa Faust (Rebecca Ferguson), who may or may not be a member of this rogue nation, as the group faces their most impossible mission yet.”