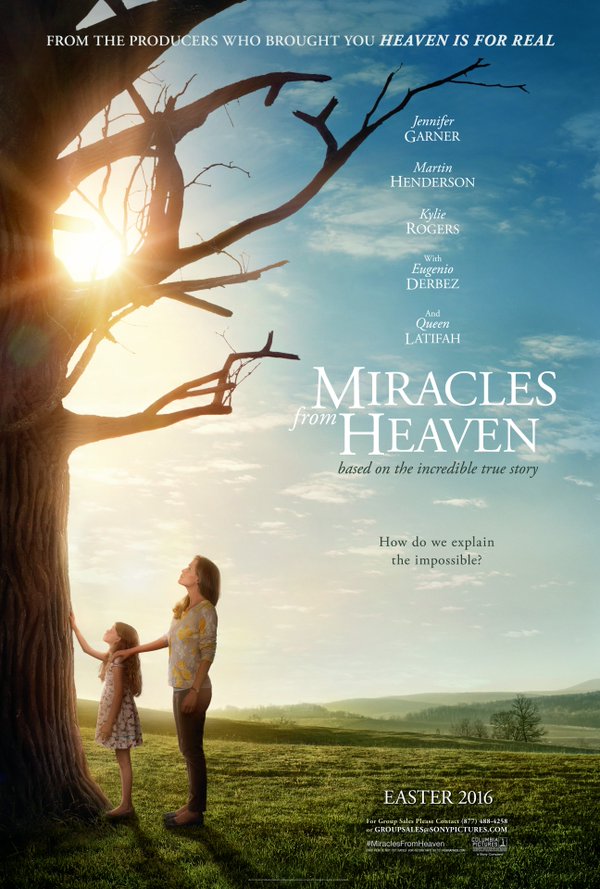 “Miracles from Heaven” seems to have an impact on people already, even before it hits the big screens this month. Lead acress Jennifer Garner has admitted that making the film has had an impact on her faith and life.

In an interview with Good Morning Texas, the “Alias” actress admitted that she used to visit church regularly when she was growing up but that changed when she started to be in Hollywood. While doing the film, she was encouraged and asked to talk to her children more about faith. Now, the 43-year-old mother of three has been visiting the church more often, and she also brings her children with her.

In the movie, based on the true story of Christy Beam and her family, Garner brings to life Christy’s struggles as her daugther Anna is diagnosed of a painful disorder. Christy’s heartache compounds when Anna falls down from a tree. But that fall results in something totally unexpected.

“So you’re telling me that when this little girl fell 30 feet, she hit her head just right, and it didn’t kill her and it didn’t paralyze her … it healed her?” Garner, as Christy, says in the trailer.

Garner said that she loved the message of the story and the hope that it gives to everyone who will watch. She also stated that she uses her faith in overcoming personal challenges.

Being a mother herself has helped her in her role for the movie and that the ferocity that every mother feels toward their children is not unkown to her. According to the actress, she can relate to the message that the movie has and that is “even in small things in life there are miracles.” She said that that was like what their mother had instilled in her and her siblings when they were little.

“Miracles from Heaven” is a faith-based movie following the  true story of the Beam family and the miracle that they experienced.  It will be shown in theaters starting March 16.