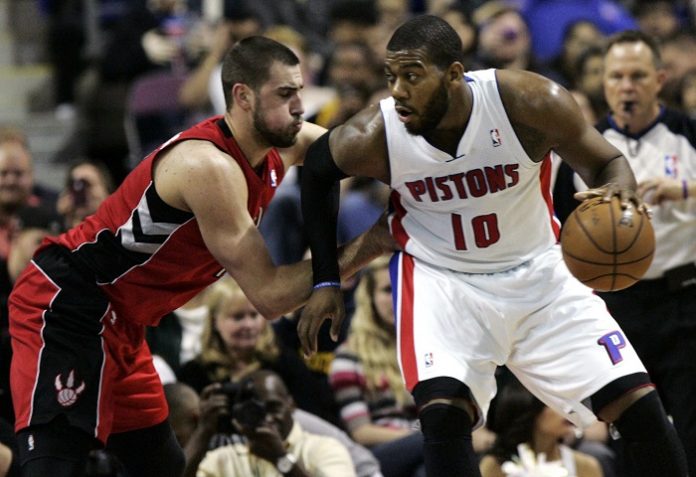 Milwaukee Bucks big man Greg Monroe completed a redeemer of a season last year, where he finally broke out of his personal slump in a more ideal system by head coach Jason Kidd. And while there’s always been talk about the team looking for viable offers for the 26-year-old, nothing really came close to seriousness, until now.

According to a recent report from RealGM, the Brooklyn Nets are looking to unload their primary big man, Brook Lopez and that the Bucks could be a good option to trade with. In the said proposal, Lopez is to be swapped with Monroe, with no other players involved.

Judging by the talents and abilities of both players, it certainly looks like the swap could make a lot of sense, unless of course the Bucks will put high emphasis on age and the fact that Lopez has had his share of serious injuries in the past. On the other hand, the report pointed out that it’s a kind of trade that may not work in favor of Brooklyn because Monroe, while younger, is actually a shorter and worse version of the 28-year-old Lopez.

Although Monroe found his groove in Milwaukee the past season, there already have been reports of him being placed on the trading block. The reason why he still is slated to play for the Bucks in the upcoming season is because no team has so far expressed serious interest. There still are two seasons left in his original contract with the team, but the recent re-signing of another promising big man, Miles Plumlee, was the biggest proof of Monroe being dispensable.

Monroe averaged decent numbers of 15.3 points and 8.8 rebounds per game for the Bucks last season, while playing almost 30 minutes per game. His old and traditional post-up game could very well fit a team that lacks an offensive option.